Cashing in on irony

Vishal Bharadwaj’s violence-filled Haider was also a huge hit despite being released on the same date. 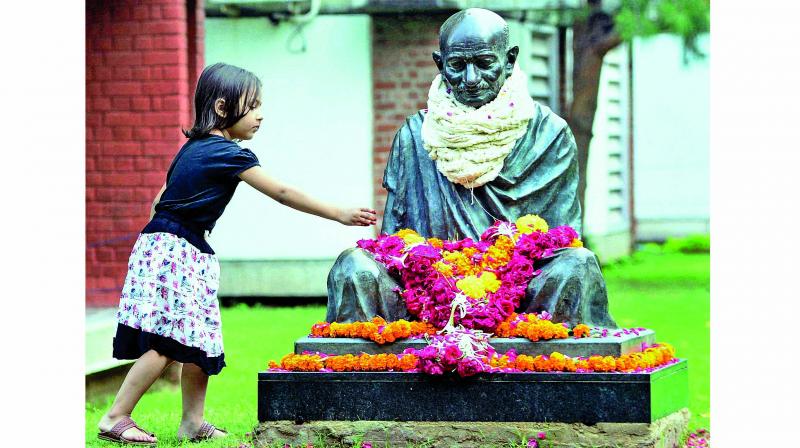 While the rest of the world waxes eloquent about Gandhiji’s ideals, some Bollywood filmmakers are dishing out violent fare on his birth anniversary with an eye on the box-office.

It is perhaps one of the greatest ironies that on Gandhi Jayanti — a day which commemorates the birth of a man who embodied non-violence — one sees a film titled WAR releasing.

Vishal Bharadwaj’s violence-filled Haider was also a huge hit despite being released on the same date, while the violent thriller Andhadhun made it on the same weekend in 2018 as did Meghna Gulzar’s Talvar in 2015.

With Satyamev Jayate’s sequel, Satyamev Jayate 2 and Farhan Akhtar’s film on boxing, Toofan locked for release on Gandhi Jayanti 2020, it appears that Bollywood is firmly convinced that violence works on this date. The only film about Indian independence that is releasing next Gandhi Jayanti is Sardar Udham Singh by Shoojit Sircar, but that too is about a man who lived by the gun.

“Filmmakers in Bollywood do not really care about non-violence or what Gandhiji propagated when they release movies. Honestly, they cannot afford to be preachy when it comes to releasing big budget movies. They need to care about the masses, which is when they can try and get a good opening at the box-office,” opines Atul Mohan, Editor, Complete Cinema.

Explaining why he chose the date for his film, Milap says, “Satyameva Jayate 2 contains twice the action, emotion, power, patriotism and punch. Led by John Abraham, who is back as a crusader for justice, I hope that next Gandhi Jayanti, we provide the audiences with a powerful entertainer that sends out a strong message against corruption.”

Meanwhile, Atul adds, “They can talk about nationalism, but it is a public holiday and it could fall midweek as well. That’s when the audience goes to the theatres to spend time and watch movies with their friends and family - whether it is violent or not, as long as it is entertaining, they will watch the movie.”