The 11-mark question – divided in four parts – asked students to 'determine the probability that Sonam Gupta is bewafa'. 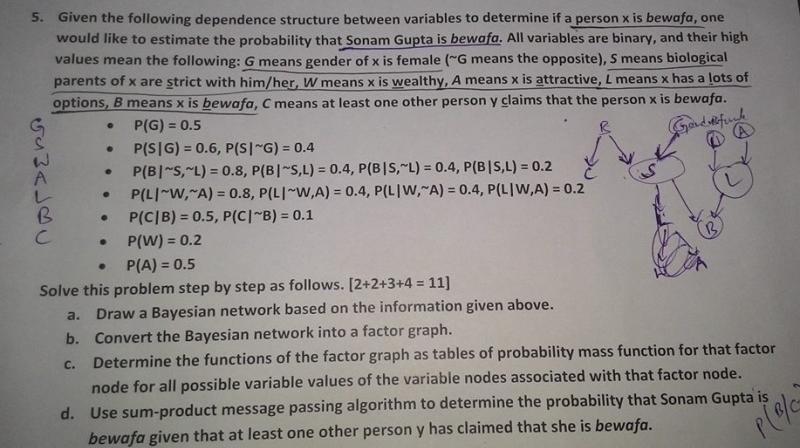 The unusual probability sum was part of the end-semester examination at IIT Guwahati. (Photo: Facebook)

After going insanely viral on the internet, the ‘Sonam Gupta bewafa hai’ meme has spilled over to the offline world. It was actually included as part of a question in an exam paper at IIT Guwahati.

The 11-mark question asked students to “determine the probability that Sonam Gupta is bewafa”. It was the brainchild of some professor belonging to the department of electronics and electrical engineering at IIT Guwahati. Excited students quickly clicked a picture of the paper and shared it online.

Check out the interesting math question below: