In pursuit of engineering

Being visually challenged hasn’t stopped them from dreaming big. These teenagers have paved a way for themselves in the field of science. 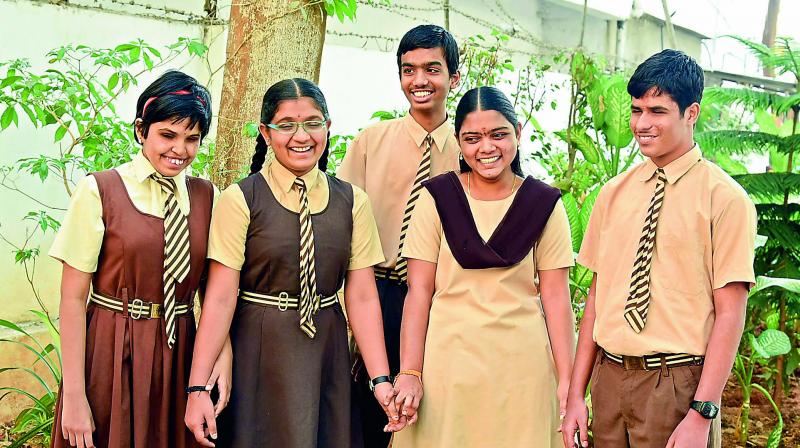 When students of Class X of Devnar School for the Blind, G. Manasa, S. Geyani, Sushanth, Shiva Reddy and Sri Ganga, began working on a project, they didn’t know that  it would be one of the 15 best projects at the recently held National Children’s Science Congress at Baramati, Maharashtra.

The project was titled ‘Impact of teaching methodology on learning science for the visually-challenged children to gain confidence in taking up engineering/scientific field for a good, decent livelihood’. 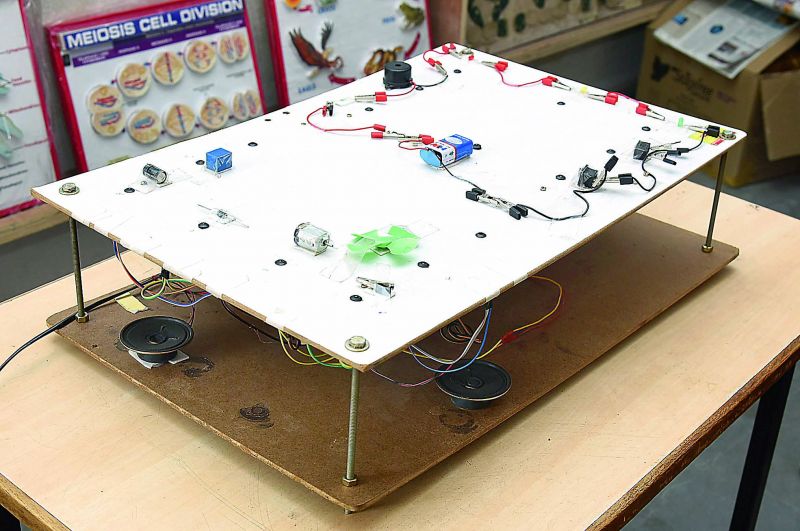 The students worked on an electric model to understand how circuits function.

With a keen interest to pursue engineering as a career, the students took the help of their guides R. Parameswaran and Srinath Reddy to finalise the topic. “Visually-challenged students generally hesitate to take up subjects in science because it is not easy to teach. What needs to be understood is that we are only visually challenged but do not have a disability in terms of our learning capabilities. That can be compensated by changing the teaching process,” shares Manasa, the leader of the team.

The work began in September 2016, in a bid to qualify at the district and state-level competition. They also constantly kept making improvements. “The team started off with a 2D model to explain the need to touch and understand the structural nature. Next, a live model was developed and crocodile clips were added to make the connection easier and a buzzer was introduced because when the process is complete, they cannot see the light blink. At the third level, the students were keen to challenge themselves. Since it isn’t a good idea to touch high voltage electric equipment, they came up with a sensor that will announce the name of the component as soon as we point it towards the component,” the proud teacher explains. The team maintained a log of every step.

Interestingly, not all the students were keen to pursue from the beginning. “This project has made us confident enough to pursue a career in engineering and we think it will not be very difficult,” the students say.