What do you think works well for Sylvia? 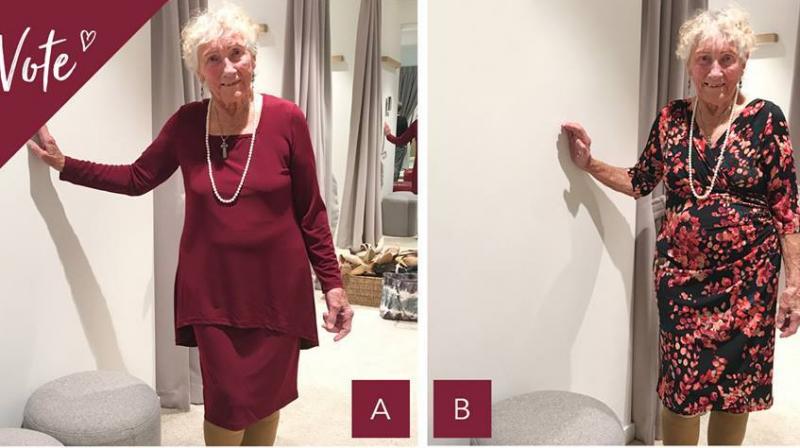 Sylvia is will soon wed 88-year-old Frank in one of these beautiful dresses. (Photo: Sylvia Frank wedding dress Birdsnest Facebook)

An adorable 93-year-old bride looking for that perfect wedding dress requested people on social media to choose one for her in a Facebook post.

The bride, Sylvia showed up to a wedding dress store in Australia with her bridesmaids on the hunt for a truly special occasion. She will soon wed 88-year-old Frank, who she has known for almost 20 years. No doubt the groom will definitely be a happy chap when he walks down the aisle as he had asked for his lady's hand in marriage “many times”.

"Frank has 'many times' asked Sylvia to marry him. Sylvia has always refused, thinking that to take a new surname would be disrespectful to her deceased husband," states the post.

However, after Sylvia fell ill she was forced to move to Canberra from Adelaide to be closer to her family. She soon convinced Frank to move there as well. When he did, he asked her if she would marry him again. This time she said yes.

Are you wondering why after so many refusals? Here's where it gets sweeter. Sylvia had refused his proposals in the past because she thought taking a new surname would be disrespectful to her deceased husband. She said yes when she learned you can keep your surname.

The post, which garnered almost 4000 reactions on Facebook had a lot of comments and congratulatory messages for the couple.

Sylvia selected dress C for her wedding according to the Canberra Times.