Powered by a yearn to learn

This teenager has been honoured with the prestigious Diana Legacy Award for her philanthropic work in education. 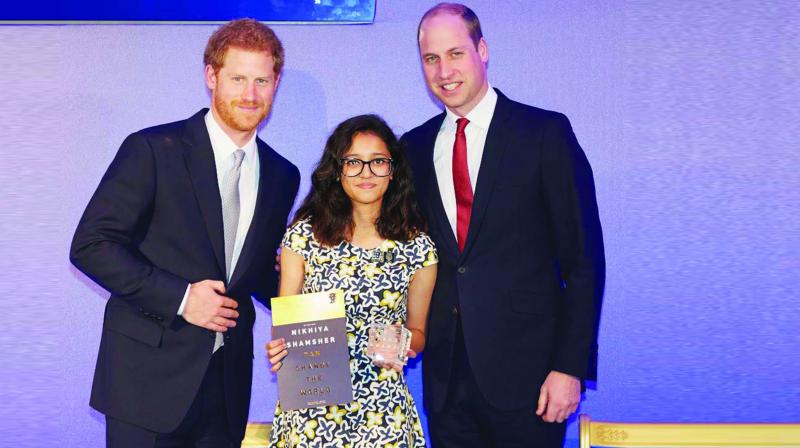 Nikhiya Shamsher with Prince Harry and William at St James’ Palace in London.

Giving back to the society is always at the back of everybody’s mind, but Nikhiya Shamsher never assumed age to be a barrier to start out. She has worked tirelessly since she was barely 12, setting up science and math labs in schools and primary colleges that don’t have them through her philanthropic project, Yearn to Learn. Fourteen-year-old Bengaluru girl Nikhiya’s efforts are starting to pay off. She was recently honoured with the prestigious Diana Legacy Award, an award that she received from Prince William and Harry at St James’ Palace in London.

For her, the honour that recognises the efforts of youngsters in creating positive social changes in their communities and countries wasn’t just being picked from 12,000 nominations worldwide. “This will ensure that more people know about my work while adding credibility to it. More than anything, it tells me that I am on the right track,” says the ninth grader from Greenwood High School, with a quiet confidence.The teenager stumbled across shocking data that made her realise that entire classrooms of 50 children shared a single textbook, most walked barefoot to school and school bags to carry books were a luxury. “Senior students hadn’t conducted a single experiment during their entire school year and learnt them through books. They often fared badly in exams. Low grades affected their self confidence and they dropped out of schools to pursue menial tasks,” notes Nikhiya. 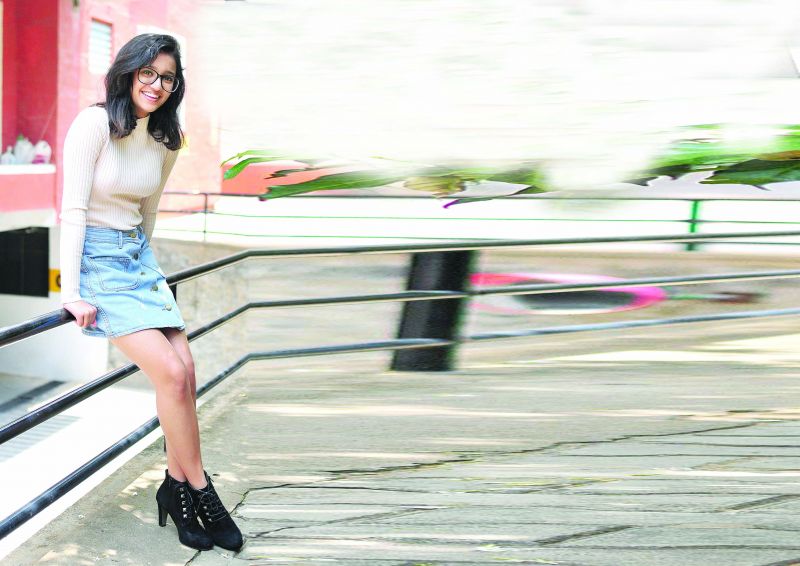 With her parents onboard and by delegating tasks to her friends and volunteers, she has set up 15 laboratories from which at least 3,500 kids benefit. The feather in her cap? Their grades have shot up by 30 per cent, she tells us. “The world’s population is seven billion. Some people see that as a burden, I see a huge opportunity. If we can get even 10 per cent more students in technological fields, we can solve a lot that plagues us today – climate change, scarce resources and conflicts. It is simply a statistical advantage. Someday a student from one of my Yearn to Learn Labs will become the next Edison or Einstein and that would make me very proud,” smiles a hopeful Nikhiya, the spark in her eye, striking.

Her biggest challenge, she says, is time management. “I’ve to put in more effort to catch up with my studies. I can’t be ignoring my own studies and advocating education to others,” she says hoping to explore her love for physics, growing up. There’s more to her than meets the eye – she sculpts, she’s humble about her stress-buster – archery that she’s represented Karnataka in, she has authored a book propagating the value of education called The Secret of Ada’s Wisdom AND funds blind children’s education on the side.