To prove that a woman can be as good a driver as a man, Sneha Kamath started the driving school SheCanDrive where she has trained over 600 women. 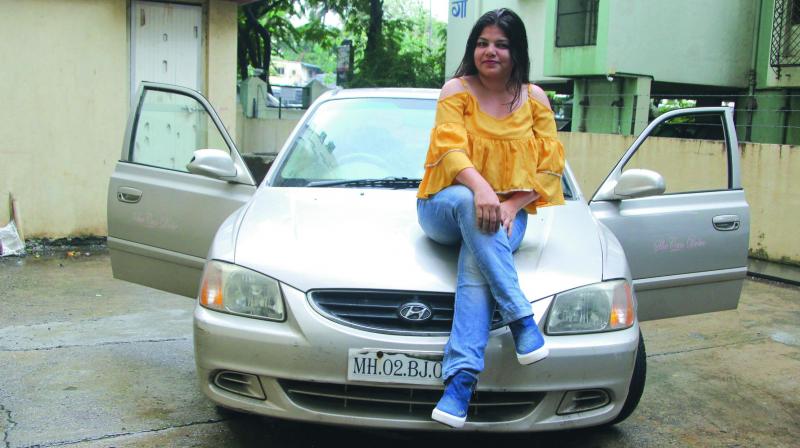 While many women learn how to drive, very few take the role of instructors. Sneha believes that actions speak louder than words.(Photo: Mrugesh Bandiwadekar)

Driving can be a liberating experience or a frustrating one depending on the traffic and other drivers on the road. It is not difficult to come across scenes where a woman driver is being yelled at, or a friend  is poking fun at a woman driver. These statements seem banal and are often overlooked. But one determined woman decided to challenge this mindset.

Sneha Kamath started the driving school SheCanDrive busting all the stereotypes and helping women, literally, go places. She started teaching women how to drive after she became tired of the ‘lady driver’ jokes. Today, she’s proud of the fact that she’s part of a moment which helps women learn self-reliance.

While many women learn how to drive, very few take the role of instructors. Sneha believes that actions speak louder than words. “When people hear that I teach driving, many mock me as well. It is unheard of. It is mostly men who teach driving. A female training a female is not a good combination according to many people. So there have been many times when people have not believed in my ability but I have trained women in 10 days, leaving people awestruck,” she shares, adding, “I train with a money-back guarantee and people have nothing to lose. But never have I been asked to return the money.”

While learning how to drive, a lot of people commit mistakes, men as well as women, but being a woman, the kind of statements that come one’s way can root from archaic and stereotypical ideas about woman drivers.

“It isgenerally perceived that women do not make for good drivers. To handle such situations, I just tell my students to not give any importance to the one honking behind you. Ignore the slurs and comments and try to remain calm. Rather than focusing on the abuse, focus on the road,” she says.

Many men also approach Sneha to learn driving from her. “While some requests are genuine, there are requests that are just testing my

patience. They call to judge how much I really know. But I don’t teach men because there are a number of driving schools that cater to them and I would rather devote my time teaching women who face a lot of bias while driving,” Sneha explains.

She feels that there is a huge market to be explored and women drivers should utilise this opportunity as they can make a living out of it. While she trains women to drive for personal purposes, she also wishes that more women took this up commercially.

“I left my job to teach driving and it has been a wonderful experience. So many women approach me to learn driving; we can break all these stereotypes when more women step into these so-called ‘masculine’ roles,” she says.

Sneha has single-handedly trained more than 600 women in a span of five years. She started promoting her services on Snapdeal in the beginning and developed her website once a lot of queries and clients stated coming in. “Once the word got out, I needed no marketing as publicity came by word of mouth,” she explains.

The 42-year-old has been driving since the age of 18 and has driven in all types of terrains across India.