Man sends penis pics to woman, she forwards them to his mother

A lot of women have to deal with the problem of random strangers sending them pictures of their penis on Facebook. 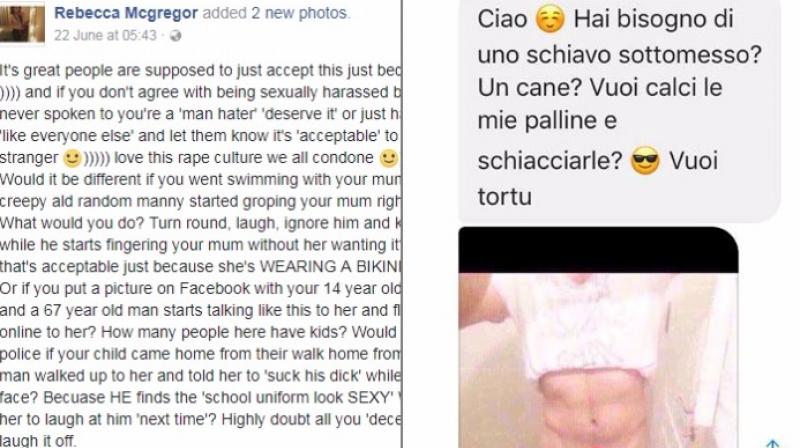 She also advised his parents to re-educate him (Photo: Facebook)

Apart from social media bullying and abuse, women on platforms such as Facebook have to deal with men flooding their others folder with unsolicited penis pictures. While the usual response is to block such creeps on social media, it hardly seems to solve the issue since more and more women keep facing such harassment.

But Rebecca Mcgregor from Aberdeen in Scotland was in no mood to just block the guy and leave it alone when she was subjected to such images. Rebecca decided to teach him a lesson and sent screenshots of his messages to his mother after finding her.

Rebecca also hit out at prejudices people hold against women who dress a certain way and those who think that it’s ok to harass them online as part of a blatant rape culture that exists online, through a Facebook post.

While it isn’t known if the man learnt his lesson after Rebecca’s advised his parents to re-educate him, the move is certainly a fitting response to online harassment plaguing the digital space.