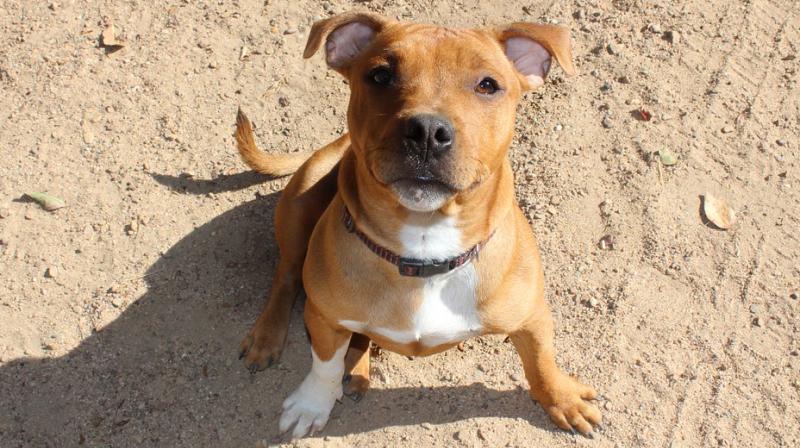 Laverick was also ordered to pay £750 costs and was banned from keeping animals for 10 years. (Photo: Pixabay)

In a shocking revelation, a cruel pet owner admitted to biting his dog, leaving the poor mutt with horrific injuries. He was high on cannabis while participating in the act of brutal animal abuse.

At an initial hearing in April, the court was told that Diesel was seized by police after members of the public reported seeing the dog being assaulted by a male.

Officers who went to Laverick's former home in North Shields and found the pet with horrific injuries to his face, eyes and ears, inside the residence.

The court heard that when asked how the pet suffered the visible wounds to his head, Laverick responded by saying: 'I was biting him, I was stoned'.

Diesel was taken to the vets where a catalogue of injuries were noted, which included: Puncture wounds to his tongue; significant trauma to the nose, which was bleeding and had the whole surface of skin removed; multiple scars to his muzzle; multiple wounds to his muzzle; swelling to the left side of the jaw; bleeding in the whites of his eyes; scratches and puncture wounds on his ears, which were bleeding; a small wound to the left foreleg and multiple scars to the left foreleg.

At the court hearing last week, magistrates said that the offence was so serious and crossed the custody threshold because Diesel had suffered 'prolonged and deliberate' abuse.

Laverick, pleaded on the day the case was listed for trial, June 28.

Laverick was also ordered to pay £750 costs and was banned from keeping animals for 10 years.