David Bienenstock claims cannabis was widely available across Middle East 2,000 years ago and people of time used it to treat sick. 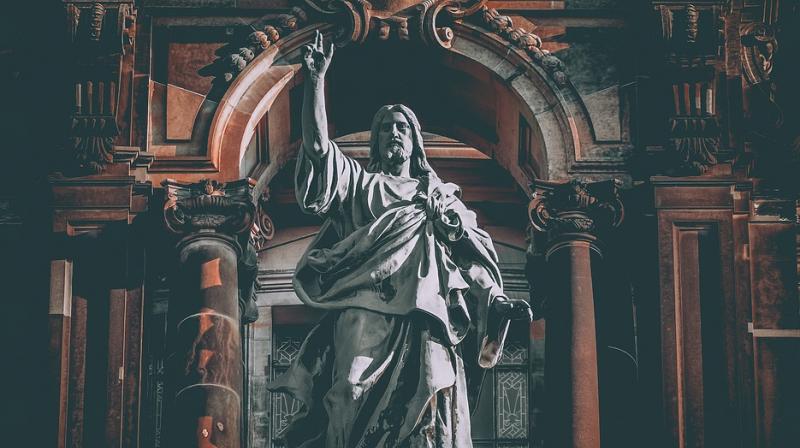 Bienenstock even claimed Jesus himself would have taken cannabis. (Photo: Pixabay)

An expert has now made the shocking claim that Jesus and his apostles used cannabis oil to perform healing 'miracles', according to a controversial historian.

Author David Bienenstock claims cannabis was widely available across the Middle East 2,000 years ago and people of the time used it to treat the sick and infirm.

According to him, holy anointing oils used in the early days of the Christian church contained kaneh-bosem, an ingredient Bienenstock suggests was a cannabis extract.

This extract, which was absorbed into the skin, could have helped cure people with physical and mental illnesses long before the first mass-produced medicines.

However, other historians dispute the contentious claims, arguing that evidence kaneh-bosem was a cannabis extract is so weak it is not worth pursuing.

Bienenstock, author of a number of books encouraging the use of marijuana, says healing practices based around cannabis oil were common 2,000 years ago.

Speaking to the Daily Star, he said that historical records show that cannabis was widely available at the time.

He added, “There is nothing different in the efficacious cannabis oil used today that wouldn't have been available to people in Jesus' time - it's simply a matter of concentrating the cannabis into the oil and absorbing it through the skin.”

Anointing oils were regularly used by the Christian church of the time to treat the sick and elderly by rubbing them directly onto the skin.

A number of people believe an ingredient used in some of these oils may have had psychoactive properties and could have featured a cannabis extract.

The Hebrew version of the holy oil recipe in Exodus contained almost 3 kilos (6lb) of an as-yet unidentified herb referred to as keneh-bosum.

While most historians think the herb refers to calamus - a root extrac also known as 'Sweet Flag' that has been used for its medicinal properties for thousands of years, others argue that keneh-bosum, which was extracted into about six quarts of olive oil along with a variety of other fragrant herbs, was cannabis or a cannabis extract.

Bienenstock even claimed Jesus himself would have taken cannabis.

Jesus himself was anointed, and if that anointing involved using cannabis oil, then he certainly did use it,' he claimed.

However, historians and other experts strongly dispute the claims Jesus and his apostles used marijuana.

Lytton John Musselman, a Professor of Botany at Old Dominion University, said evidence claiming marijuana was part of the holy anointing oil is 'so weak I would not pursue it.'