Scientists believe they’ve solved the mystery of the Bermuda Triangle ― and it’s not UFOs or sea monsters. 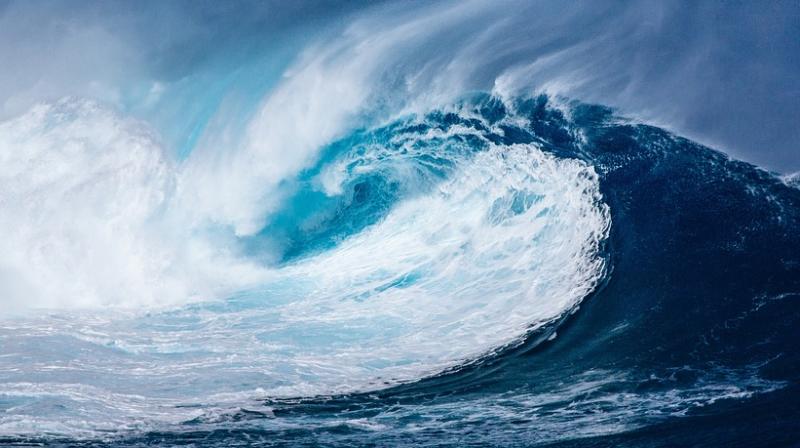 The Bermuda Triangle, also known as the Devil’s Triangle, is a region in the North Atlantic that is generally bounded by Miami, Bermuda and Puerto Rico

It turns out that scientists may have solved the mystery of the Bermuda triangle.

As per reports, massive waves are responsible for the mysteries of the Bermuda triangle.

According to experts at the University of Southampton, 100 feet ‘rogue waves’ are th eons who are to blame for the high number of boats that have vanished, possibly sunk in the marine area between Florida, Bermuda and Puerto Rico.

The claims were first made on the British documentary "The Bermuda Triangle Enigma."

According to the documentary, scientists built a model of the USS Cyclops which disappeared in 1918.

The scientists say that the size of the boat, along with its flat base, made it easily overcome by a rogue wave.

Speaking to The Sun, University of Southampton oceanographer Simon Boxall said, “There are storms to the south and north, which come together.” He further added, “And if there are additional ones from Florida, it can be a potentially deadly formation of rogue waves.”

Boxall said these rogue waves could reach 100 feet tall. That would be on par with the largest wave ever recorded.

According to a report published in The Huffington Post, speaking to Forces News, author Marvin W. Barrash said that the ship had a flat bottom and rolled to approximately 50 degrees and 40 degrees respectively.

“And to many vessels that could have just continued and caused a complete catastrophe,” he added.

The US Coast Guard says there is nothing particularly hazardous about the Bermuda Triangle, a sentiment that is echoed by The National Ocean Service, according to a Huffington Post report.