Various markets across the national capital are openly selling kite-flying strings that can injure and kill humans and animals. 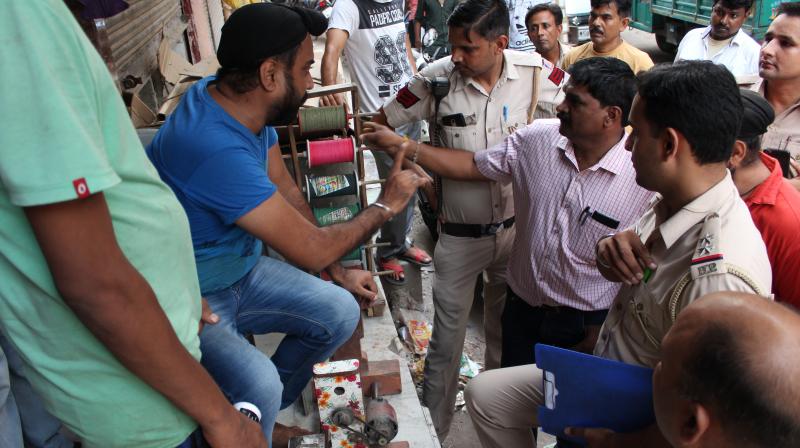 The violation of directions issued under The Environment (Protection) Act, 1986, and the Rules made thereunder is punishable under Section 15 of the Act, including by up to five years' imprisonment, a fine of up to Rs 1 lakh, or both.

After receiving a complaint from People for the Ethical Treatment of Animals (PETA) India, the Delhi police seized nearly 100 kilograms of manja (sharp kite-flying strings made of cotton thread laced with glass, metal, or other sharp materials) from various shops in Lal Kuan kite market near Chandni Chowk and Chand Mohalla in Gandhi Nagar, East Delhi.

The traders were found to be selling manja openly, and the Delhi police registered First Information Reports (FIRs) under Section 188 of The Indian Penal Code against the offenders.

They were in violation of the 10 January 2017 Gazette notification from the Delhi government banning the sale, production, storage, supply, import, and use of all forms of manja in order to prevent harm to humans, birds, and other animals as well as the environment.

The notification permits kite flying only with a cotton thread free of any materials designed to increase its sharpness or strength.

The violation of directions issued under The Environment (Protection) Act, 1986, and the Rules made thereunder is punishable under Section 15 of the Act, including by up to five years' imprisonment, a fine of up to Rs 1 lakh, or both.

The Delhi government's notification authorises officers of the rank of sub-inspector and above to take action against the sellers and buyers of banned manja.

Speaking about it, PETA Associate Director of Policy Nikunj Sharma said, “Most people would choose plain cotton kite strings if they knew that doing so could spare fellow humans, birds, and other animals serious injuries and death.”

He went on to add, "The Delhi police are setting a great example by protecting residents, including animals, from dangerous manja."