Travelling on route 544 is a daily battle, say college girls who find their bus commute a nightmarish ordeal. 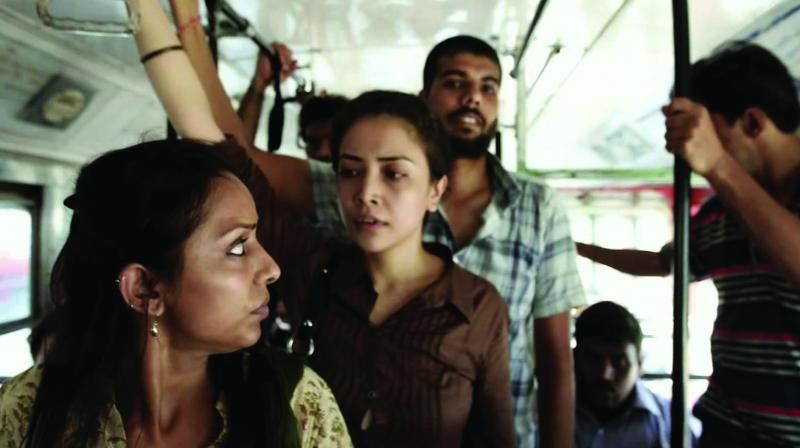 Delhi roads are infamous for being singularly unsafe for women.

Delhi roads are infamous for being singularly unsafe for women. And some routes in particular are a daily nightmare for college-going girls who commute by bus. There’s much uproar on social media at present over the continuous molestation cases on buses, especially on route 544 that connects South Extension to two girls colleges, Gargi and Kamla Nehru. This started when a woman tweeted about her cousin’s ordeal, a 19-year-old college student who was molested seven times in just three months.

“Travelling on route 544 is a daily battle,” shares Farah, a second-year student, “There are creeps who try and touch you, and others who secretly take photos. One of my seniors once found a man taking photos of her friend who was sitting in front while she went to get tickets for them. When she told him to stop, he didn’t and she started shouting. With the help of the crowd and bus conductor, they checked his phone which had photos of her friend and others as well. At first I took it very lightly but a few days later, while I was going to college I felt a disturbing touch on my back. I looked back and saw a man touching my butt.”

Such incidents aren’t just disturbing but also turn deeply traumatic, forcing students at times to change residence so that they can avoid taking the bus and specifically route 544. Swati (name changed on request), who is pursuing her graduation from Kamla Nehru college, shifted from her paying guest accommodation in South Extension to Gautam Nagar, which is a 10-minute walking distance from her college, as she was repeatedly molested by men of varied age groups. “For a year I stayed in South Extension and the only transportation available for college was 544 bus. Auto fares are too steep for student pockets. Every day was a battle. I tried to fight them initially only to realise that other commuters had become accustomed to it. Rather than wearing western casuals, I switched to salwar-kameez and would always drape a scarf. Truth be told, these things didn’t make a difference. Tired and troubled by the daily hassle, I decided to shift home,” shares Swati who is still haunted by the incidents that took place a year back. “I shifted but many of my friends still go through the same harassment day in and day out. Not a single day passes without someone facing a similar ordeal. One girl spoke of a man next to her touching himself inappropriately with his hands in his pocket.”

These cases are not restricted to just route 544. Priya (name changed on request), a student of Gargi college who has been a victim of molestation numerous times, recounts her ordeal. “On September 22, I was molested by a guy who seemed to be in his early twenties, on route 727 near APS Colony. Right from when I got on the bus, his eyes were on me but he waited till the bus came to a halt and I was about to deboard. He grabbed my breasts. I seized his hands and threatened to slap him. He let go of me and I got out,” shares the student, hailing from Jodhpur. Priya now stays as a paying guest in South Extension. She did not file a complaint about it as she was in a hurry, but adds, “And maybe because I was afraid. However, I did tell my friends about the incident.”

Asked what steps have been taken so far, DCP Vijay Kumar says, “We have increased random checking on all the buses, especially on route number 544. However, we cannot provide police personnel all the time on the buses. If there are no complaints not every boy and girl can be checked. Routine checking is done on all DTC buses.”

Asked if an exclusive bus for women would solve the problem, he responds, “That cannot be done from our side.”

To assess the ground reality Transport Commissioner Varsha Joshi took a road trip on the same route. She flagged low frequency of buses and also insufficient number of AC buses.