It was October 2 yesterday but the drastic plastic ban that was supposed to wrap itself around the city was nowhere to be found eventually. 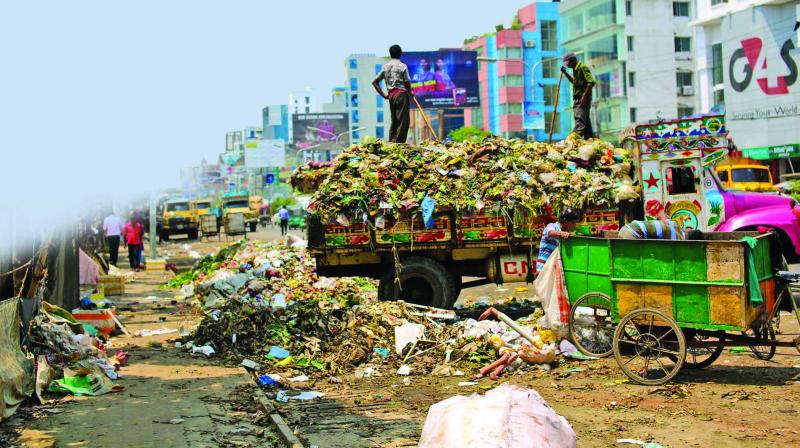 The Delhi urban development department is already ready to launch a massive campaign in the capital to discourage people from using plastic products.

When we were in school, we were all taught from the very beginning of our environmental studies classes that consumption of plastic is not good for nature but we still continue to do it. The environmental crisis is worsening by the day as we keep on using single-use plastic products. But, what if we knew how to use these plastics more effectively and productively?

In a unique turn of events, India has decided to take a U-turn on its plan of banning single-use plastics completely. As a result, the national capital on October 2 will not be imposing the ban either. Instead, the government plans to enforce the existing rules against storing, manufacturing and using single-use plastic products such as polythene bags more strictly and try to educate people about the sensible plastic usage through campaigns.

Supporting the move Shashank Singh, a Delhiite says that small plastic bags are very helpful for buying small items as these are used to store the items easily and every time one goes to a shop it is almost impossible for them to remember to carry cloth bags. He says, “I have seen many street vendors packing food for their customers in these small bags as they can’t afford to buy cloth-based bags. So these small items are actually doing a great job for many people, yes the impact of using them is not good but if we ban them immediately it might create problems for a lot of people by becoming a sudden disruption.”

Dipali Sharma, another city resident thinks that the idea of educating people on the bad effects of plastic usage is definitely the first step to take. She says that people are not well aware of the fact why plastic is not good for us and further explains, “Drinking water in a plastic bottle is not really good for our body so we should start avoiding plastic bottles at home and drink water in a glass bottle instead. Also, the ban of every such item is important as they are use and throw materials and if these won’t be banned people will continue using them.”

Whereas Palak Singh comments that the use of plastic might not be the best option but some items that Indians buy on a daily basis requires these plastics such as milk and says, “Everyone cannot afford a tetra pack based milk carton as the price is double as compared to the normal milk packet we buy. We should first think of new ways to eliminate plastic from daily use which is affordable.”

The Delhi urban development department is already ready to launch a massive campaign in the capital to discourage people from using plastic products.