The bar is now 22 years old and has entered the Guinness Book of World Records for its collection. 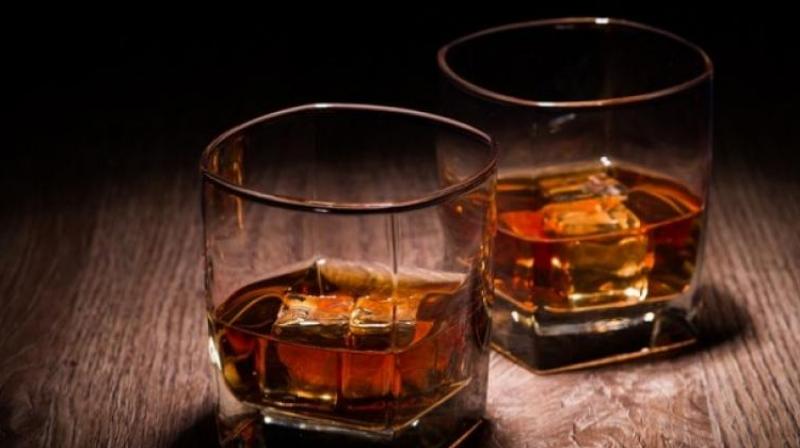 In the late 80s, Claudio Bernasconi visited India with an eye on setting up his own business (Photo: AFP)

New Delhi: The idea was neat, so to speak. A young man from Switzerland was suffering from a tummy bug in Mumbai when an Indian friend told him how to deal with it.

The world's largest whisky bar has to thank the friend for the remedy he suggested. It was this bit of advice -- quite possibly proposed as a little joke -- that set the idea rolling.

In the late 80s, Claudio Bernasconi visited India with an eye on setting up his own business, after he had failed to get a loan from Swiss banks.

"India was among the many countries my dad visited," his son Sandro recollected. But Claudio soon developed a severe stomach infection while in Mumbai, the son said.

"I guess safe drinking water was an issue those days. Then an Indian friend of his told him: 'Claudio, there's only one solution. Brush your teeth with whisky every morning!," Sandro said, laughing. The suggestion honed an interest -- and led to the setting up of the bar.

"My father was naive enough to believe that he wasn't being taken for a ride. What happened next was even more interesting. He took a liking for Indian made whisky. The next thing he knew was that he wanted to own a whisky bar," Sandro said.

An idle brain may or may not be a devil's workshop, but it certainly led to 'Devil's Place', which Claudio opened up after doing a series of odd jobs and collecting money. Now in his early sixties, he keeps busy with the bar, travelling across the world, for the choicest of liquors.

Touted as the world's largest whisky bar, with a collection of 2,500 types of whiskies, it is now a tourist draw in the quaint little Swiss town of St Moritz. A visit to the bar was made possible during a recent visit to the scenic town, courtesy Switzerland Tourism.

The bar is now 22 years old and has entered the Guinness Book of World Records for its collection that ranges from blended whisky and Scotch to bourbon and single malts. And, yes, there's Indian whisky, too.

"Every year we buy 12 different casks (the taste depends largely on the wood of the cask). We have a vintage collection that dates back to 1940. Our collection is diverse and the premium whisky bottles can sometimes cost up to 30,000 Swiss Francs (Rs 20.85 lakh)," Sandro told visiting reporters.

So would you like to taste some, he asked.

It was not an offer that could be refused. And the Scottish distillery Macallan's 1940 vintage Speymalt was as smooth as silk.

Apart from their collection of whiskies, two other aspects of the bar stand out.

First, the underground cellar with a bright red 200-kg iron door, constructed during World War II. The room was used as an air raid shelter by soldiers during the war.

"The door still remains although the area has undergone a major revamp," Sandro said.

The second is a collection of photographs of 50-odd people on what the owners call the 'Wall of Fame'.

"It's our way of paying a tribute to the connoisseurs of whisky. We have photographs of all those who have tasted more than 100 brands of whisky at our bar."

As one left the bar after a couple of hours, Mark Twain's epic comment on whisky came to mind.

"Too much of anything is bad," he had said, "but too much good whisky is barely enough.”