‘Graham’ claims that the NASA live stream from ISIS has spotted 7 'UFOs' near Earth. 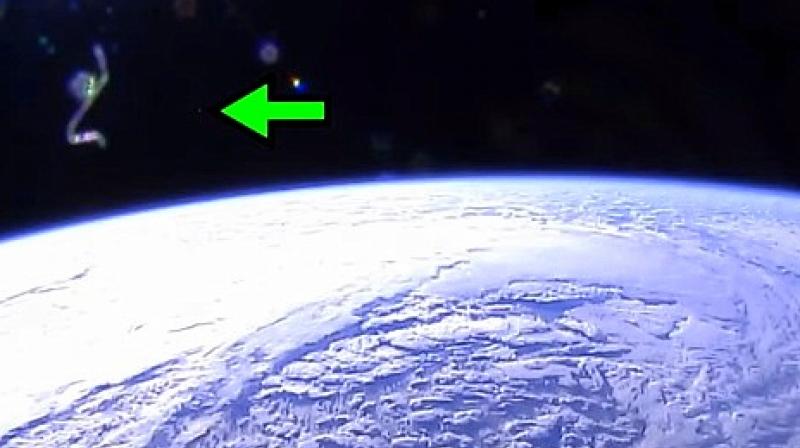 The evidence presented by Graham was obtained during a live feed from the ISS on March 31. (Youtube Screengrab/ Conspiracy Depot)

In a bizarre revelation, a conspiracy theorist has claimed that the Nasa live stream from the International Space Station has produced evidence of seven UFOs lingering above Earth.

The theorist not only believes it to be proof of existence but is also sure that the aliens are probably friendly.

The unknown conspiracy theorist, who simply goes by the name ‘Graham’ claims that with so many ‘sightings’ from ISS, the aliens could come face-toface-with humans in as little time as 15 years.

Talking to the Daily Star, the UFO-tracking conspiracy theorist said aliens are here and making their way to us.

He added that with increased sighting all across the world, it is possible that humans are being watched and observed like a ‘large planet sized scale lab experiment.’

He went on to add, “I am of the opinion that the other races visiting our planet are not hostile.”

He backs his claim by saying that with all the technology they must employ to travel vast distances etc, they could wipe humans out in the blink of an eye and the fact that nothing has happened means “they are here to help or observe.'

The evidence presented by Graham was obtained during a live feed from the ISS on March 31.

He then uploaded the edited footage to his YouTube channel Conspiracy Depot.

However, not all are convinced, with many attempting to discredit the claims, saying that the anomalies could be fragments of the Tiangong-1 Chinese space station in one of its last orbits around Earth.