The contest organised by the Muslim Students Association called for participants to create videos and posters. 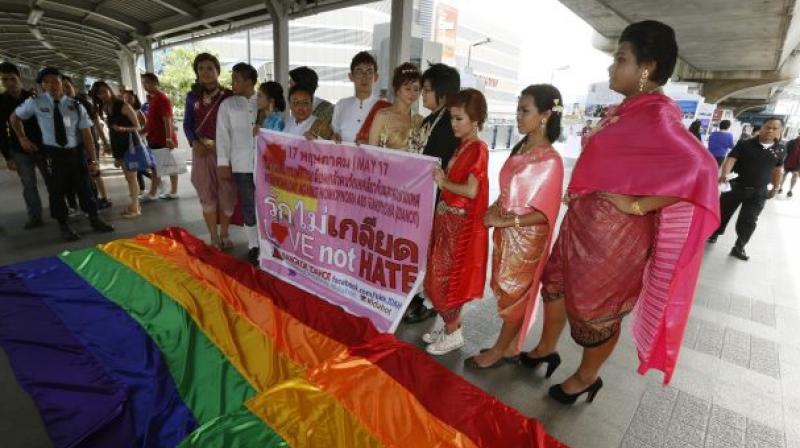 Homosexuality is taboo in Malaysia and the country retains its colonial-era criminal ban on sodomy, with punishments of up to 20 years in prison, caning or a fine (Photo: AFP)

Kuala Lumpur: A contest at a leading Malaysian university seeking ideas to "convert" gay students sparked anger Wednesday, with activists warning it could drive people in the Muslim-majority country to suicide.

It was the latest example of what rights groups say is growing intolerance towards Malaysia's gay community as religious fundamentalism increases, eroding the multi-ethnic country's traditionally moderate Islam.

The contest organised by the Muslim Students Association at publicly-owned Universiti Sains Malaysia (USM) called for participants to create videos and posters as part of a campaign called "Back to Nature".

Amirah Sulaiman, a 22-year-old association member, told AFP the programme was a "soft approach" to return members of the lesbian, gay, bisexual and transgender (LGBT) community to the "natural path".

"We will work hard to convert them," she said. "LGBT is like smoking -- it is bad for health."

"We want to be close to LGBT people and influence them via Islam," she added.

The winning entries of last month's contest were a video that featured drawings of a member of the LGBT community who started to change after meeting a pious friend, and a colourful poster urging gay people to "return to the path of Allah".

Homosexuality is taboo in Malaysia and the country retains its colonial-era criminal ban on sodomy, with punishments of up to 20 years in prison, caning or a fine.

Thilaga Sulathireh, founder of transgender rights group Justice for Sisters, said the university contest could cause much damage.

"It can cause harm, such as anxiety, depression and suicide attempts," she said.

"There must be more programmes with facts to educate people about (the LGBT community)."

In February a stereotype-laden checklist for spotting gay men and lesbian women published by a popular Malaysian newspaper sparked outrage.

The Malay-language tabloid Sinar Harian claimed gay men love to go to the gym -- just to check out other men -- wear tight clothes to show off their physiques and tend to sport beards, while lesbians "hate men" and enjoy hugging.

Last June Malaysian health authorities were forced to backpedal on plans for a contest to "prevent" homosexuality.