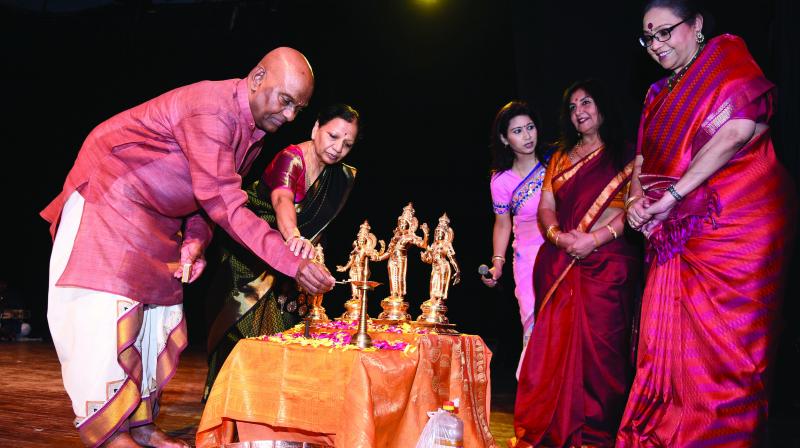 A still from the event

The evening started with a Guru Vandana from Guru Gita followed by a beautiful bhakti piece Gaaiye Ganapati written by the great poet-saint Tulsidas. Presenting a gripping interplay of Hindustani and Carnatic traditions, it started with an invocation to Lord Ganesha with Gaieei Ganapati Jaga Vandana, set to raag Charukesi and Adi taal.

The second act was in Carnatic style of Tan Varnam, a combination of rhythmic pattern of jathis and abhinaya. The Varnam, set to raag Malika and Taal Adi, showed a sweet relationship between Maa Yashodha and little Krishna, as Yashodha painted the whole Ramayan to Krishna.

This was followed by Padam in Carnatic style with a pure abhinaya piece depicting the moment when Sita first met Ram in the beautiful palace of Mithila. The lyrics of this Padam were “YaroIvar Yaro”, which means 'who is this vision’ and was composed by Arunachala Kavirayar, a famous Tamil poet, which was set to Raag Bhairavi and Adi taal. 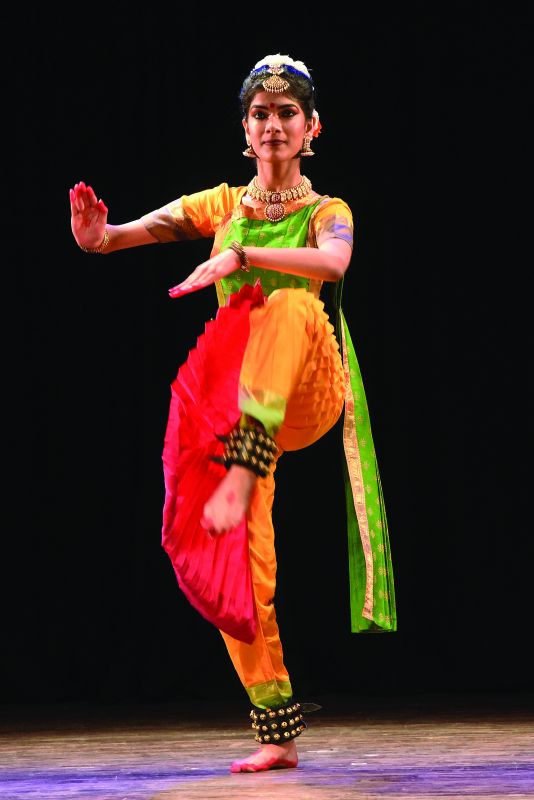 This was followed by another Padam act showcasing Sita as an epitome of beauty and courage when she was in the confinement of Ravana in Ashok Vatika. This act was based on the poetry of Surdas, depicting the moment when Hanuman arrived at Ashok Vatika with the ring of Lord Ram as Sita starts her “Ninda” (against Ram, for not coming and rescuing her). This was set to Raag Sarangi and Adi taal.  “This show is very special because it makes me feel that I have been able to inculcate not just the classical dance and the dance of art in my students but also the process of creative thinking in them. It was a happy and proud moment to watch my disciples expressing themselves while performing.” said, Guru Sindhu Mishra.

“With this program, they have explored a different aspect of a relationship between Ram and Sita, which is absolutely non-traditional and was literally originated from a classical text.” She further added.

Each act of this program was choreographed by Sindhu Mishra who is a learned Bharatanatyam dancer and the founder of Aayam Institute of Performing Arts.