With love, from Italy

An ongoing exhibition showcases 12 artworks from Italy that are beingdisplayed in the city for the first time. 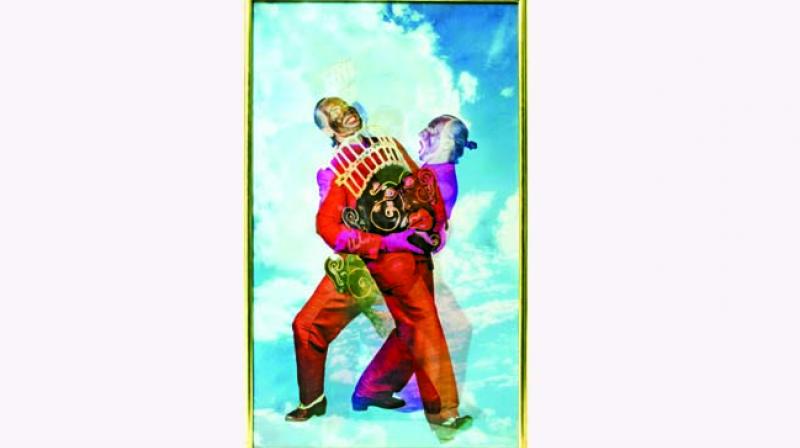 A walk inside the Special Project Space in Dr. Bhau Daji Lad Museum will expose you to static art exhibits that somehow manage to manipulate your sense of space and time. The 12 artworks on display are a part of Italian Palimpsest, an exhibition that puts on display contemporary Italian artworks sourced from the Farnesina Collection (Collezione Farnesina) in Rome. The Collection belongs to the Ministry of External Affairs and International Cooperation of Italy and the artworks from this collection are being displayed in the city for the first time.

Tasneem Zakaria Mehta, Managing Trustee and Honorary Director of the Museum says about the exhibition, “This exhibition of contemporary Italian art is being held in collaboration with the Italian Embassy Cultural Centre. The exhibition showcases a spectrum of art practices in Italy including paintings, photography, collage, lenticular print, tempera painting and mixed media. Collaborative exhibitions at the Museum are aimed to promote inter-cultural exchanges as well as to provide a public platform for Indian and international contemporary art.” 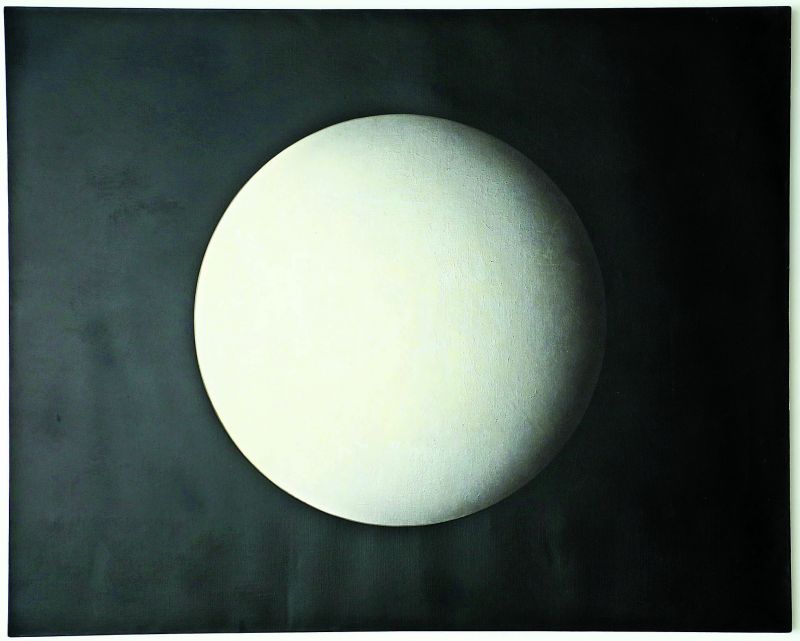 The opening of the exhibition was graced by the Honorable Consul General of Italy, Ms. Stefania Costanza, who revealed that the exhibition aims to present the way contemporary Italian artists perceive space and time and thus, gives one a peek into the various ways today’s Italy sees its present, while also mulling over what has gone past. And so, as you move from one exhibit to the next, you are confronted with works that seem to have shifting spatial and temporal dimensions, giving one the impression that both elements are constantly in a state of flux. Sandro Sanna’s Metallica Lunare (Moonlight), a mixed media creation that explores the relationship between light and darkness, is a fine example of this flux. The exhibit lights up with a rhythmic, twinkling sheen that is triggered by the observer’s movement. Luigi Ontani’s Ossimoro Sorvolante, a lenticular creation made up of superimposed photographic prints of the artist, is another creation that plays with perception. As you move in front of the work, the artist appears to move too, creating the impression that he is in a constant state of motion. 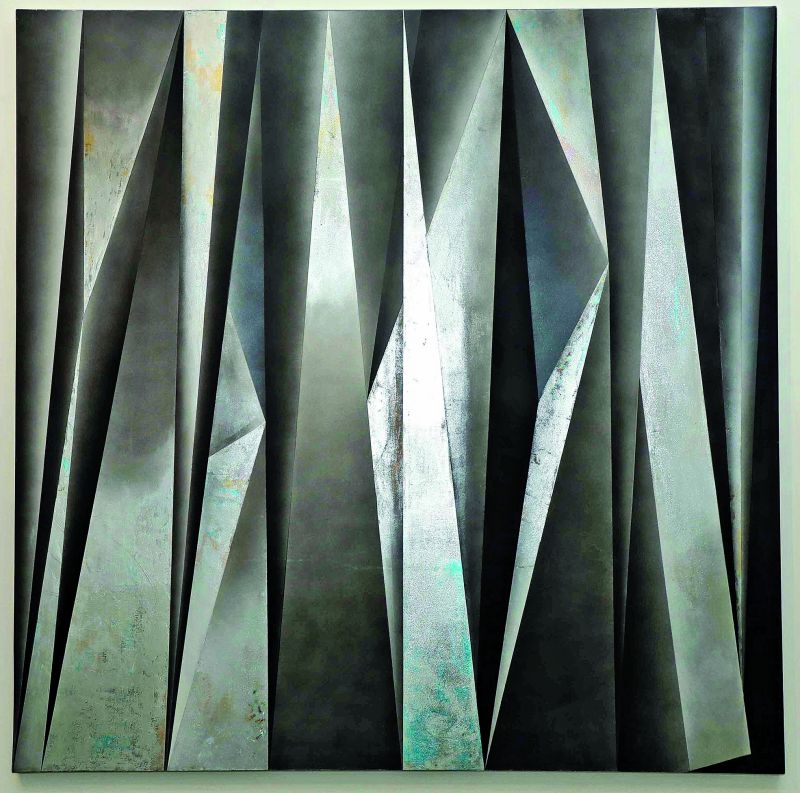 Giuseppe Modica’s La luce ed il buio (The light and the dark) an oil on wood panel creation is another artwork to look out for. It reeks of impressionist influences and gives one the feeling of peeking out at sun-dappled waters, but from inside a dark, dungeon-like interior. Marco Tirelli’s Senza Titolo plays with perception and makes the viewer feel like she is actually gazing at a protruding full moon that is suspended not in the sky, but mid canvas. Mimmo Jodice’s Vedute di Napoli, Opera 29 (Views of Naples, Opera 29) is another print-on-paper artwork, which artistically captures time in motion, as a stationery car covered in a white cloth seems to have its corners slowly disappearing in a puff of smoke. 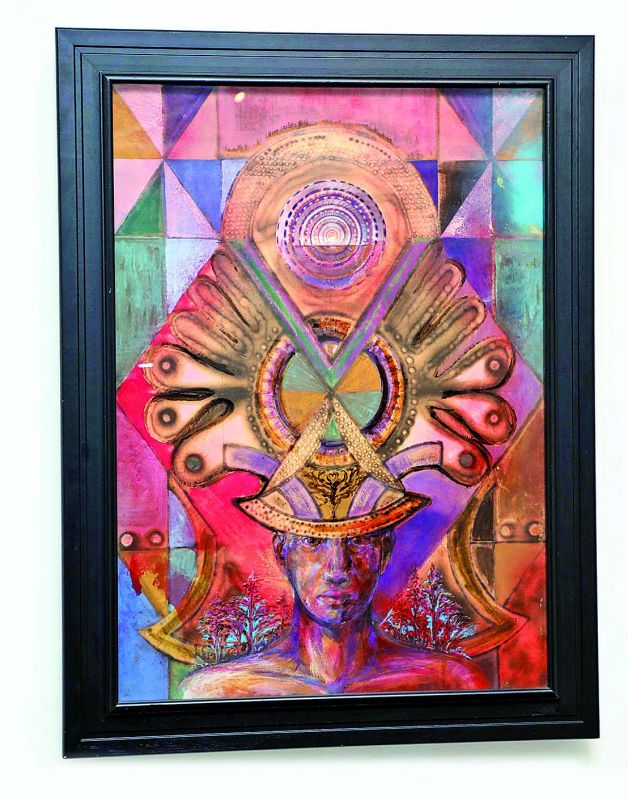 The artworks in the exhibition span the last 40 years, and pay homage to movements such as Futurism, Metaphysical art, Avant-garde, Surrealism, Spatialism, Minimalism and Figurative art.  The collection includes contemporary paintings, photographs, collages and prints