A 67-year-old tests his spirit and endurance at the Ironman Cairns, and comes up tops. 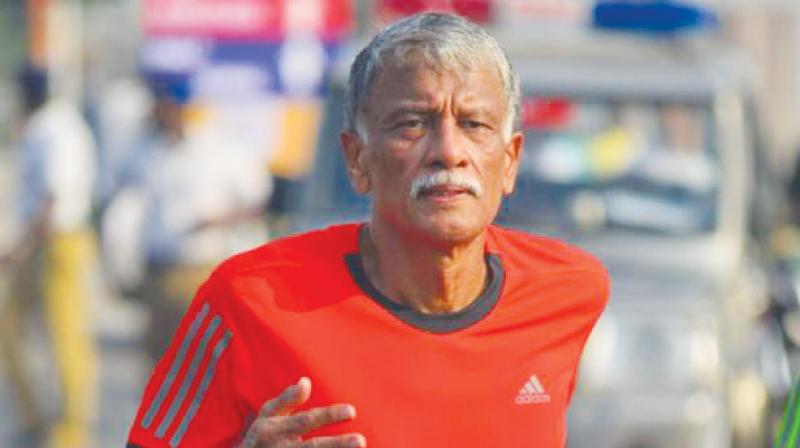 Achieving your dreams is possible at any stage of life. Don't believe? Age is just a number and wrinkles certainly aren't a sign of weakness for the growing breed of senior athletes. While some or rather most athletes might throw in the towel by the time they turn 40, these incredible seniors are still competitive, focused, and going strong into their 60s and beyond.  It wasn't that long ago when retirement meant putting an end to anything remotely connected to physical work. With purpose and dedication, they're dismissing boundaries and showing the world that speed, strength, athleticism and passion don't have to fade as the years pass.

A few decades ago, facing intense endurance challenges after middle age might have seemed unthinkable. But over the past few years, it has become surprisingly common to find the so called 'retired' or 'pensioners' participating in ultra-endurance events like Ironman triathlons. "Health and fitness don't have an age" , says 68 year old Arun Krishnan, an entrepreneur who sold his business and instead of falling for the ageist propaganda about growing old gracefully and walking sedately along the beach, chose to fulfill one of his dreams - completing an Ironman distance. He is no stranger to fitness, Arun Krishnan has been participating in marathons since 1987 and has run across the globe, this apart he swims and rows too.

The very thought of swimming 3.9 kms, cycling 180 kms and then running 42 km distance is enough to make most men in their twenties quake. Common sense would seem to dictate that athleticism belongs to the young. Arun says, "At the age of 67, I didn't really believe that an Ironman was humanly possible. Could I at 67? Would I? I believe the mind is more important than the physical aspects." With these thoughts and after a grueling 24 week training he lined up at the start of the Ironman Cairns, Australia. With the air buzzing with thick, nervous energy, Arun put his swim skin suit, collected his bike and running gear bags. Having completed his swimming leg, a torturous cycle ride and cramps while running, Arun was few minutes behind the scheduled cut-off time. But persistencea prevails, with just a few minutes remaining before cut-off time for the Ironman completion, Arun entered the finish chute and was received with a guard of honour exchanging high fives. The announcer yelled out, "Arun Krishnan, you are an Ironman.

When you are stubborn some magic happens and your body thinks - damn, this guy's serious. What do these amazing feats tell us about the limits of the ageing body? Over the hill is a term we use once we hit age 40. Our athletic pursuits often wind down when we hit this milestone, but these age-defying athletes aren't slowing their pace. If anything, they're sprinting for the next hill. Arun says, "I will continue running for as long as I can. It's my life. It's my lifestyle. It's what I do."

Bravo!! So for readers past thirty, here's some inspiration: Your prime may be yet to come.