Viral picture of Sikhs serving milk to Muslims in Pakistan 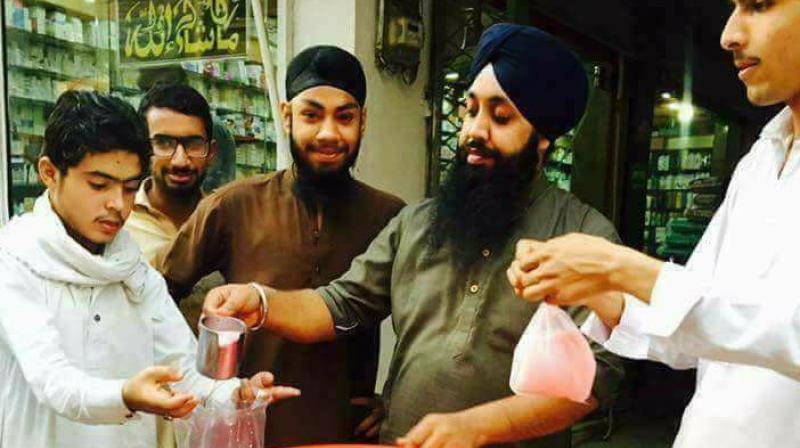 The city was shaken by a spate of attacks on members of the Sikh community (Photo: Facebook)

Peshawar: The world is being jostled by hate and violence fuelled by religious extremism and resentment on communal lines. As the world woke up to news of terrorist attacks in London and countries like Pakistan continue to bear the brunt of fundamentalism, an endearing image is spreading the message of peace in the country.

The Sikh community has been known to set an example for humanity on multiple occasions, be it taking off the turban to use people in trouble or feeding refugees and coming out for people after a terrorist attack in Manchester. Now an image of Sikh men serving ‘Rooh Afza’ milk to fasting Muslims during Ramzan in Peshawar are going viral.

The gesture comes as a positive sign especially after Peshawar was shaken by a spate of targeted attacks against members of the Sikh community by terrorists few years back. The images are winning hearts across the country as it has been shared over major social media platforms as a true representation of Pakistan's culture.