There's a wide range of performances, including a tightwire piece, dance trapeze, hand balancing on canes, aerial work, among others. 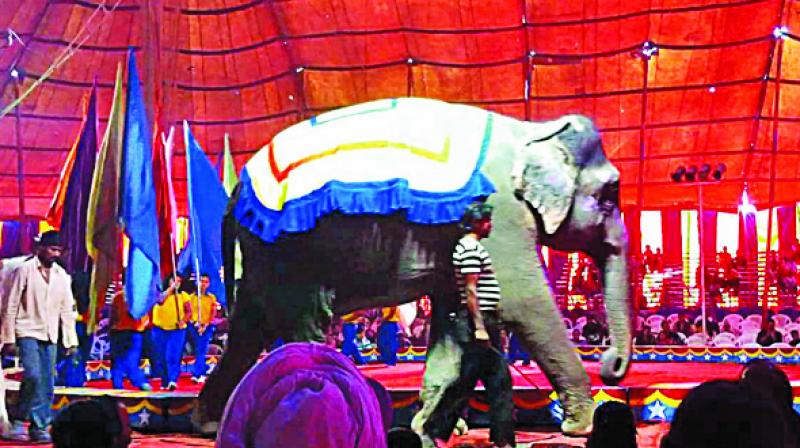 An internationally acclaimed tenor from New Orleans is pairing circus acrobatics and opera, with a lot of help from his friends.

"We want it to be fun. That's what we feel opera is," said Bryan Hymel , who has performed with opera companies around the world.

The performance Saturday night will be the fourth in the hometown Opus Opera series he and his wife, soprano Irini Kyriakidou, and another couple — soprano Christina Vial and her husband, entrepreneur Patrick Comer — created to show their generation that opera really isn't stuffy. For this one, they've teamed with the owner of Fly Circus Space, a circus training center , to create vocal and visual duets, trios and larger ensembles, with a different circus performance for each aria sung by Hymel, Kyriakidou and others.

The songs are standards - ones people who don't know opera will still recognize from cartoons, movies, TV shows and ads. You'd recognize "Fiiiiiii-gaaa-ro! Fiiiiii-gaa-ro! Figaro! Figaro!" even if you don't know it as "Largo al Factotum" from The Barber of Seville.

That's the opener, introduced by clowns David Chervony and Jean Carlos Claudio of Chicago. Baritone Weston Hurt then enters, singing Figaro's song about his ability to do anything and the incessant demands from his master and everyone in town.

The evening at New Orleans' Civic Theater is the climax of Opus Opera's first season, which began last fall.

Hymel said he and his wife started Opus Opera "as a passion project," since many people their age don't think of opera as "something they should include in their palette."

Rather than trying to pull 30- and 40-somethings in to full operas, "we thought we would offer kind of tastes."

The first evening took that literally, with a wine tasting: French wines paired with French art songs, with a reception afterward.

It brought in "a lot of the husbands" — men who don't go to operas, though their wives are fans, said Hymel, who has sung with opera companies including the New York Metropolitan Opera, the Royal Opera in London, the Deutsche Oper Berlin, the Bayerische Staatsoper, and Teatro Municipale di Salerno. He said he's also helped companies in Maine, Philadelphia, and San Francisco plan similar events.

Inspiration for Saturday's event, titled "Mystique," came from seeing online videos of coloratura soprano Rainelle Krause of Dallas, who enjoys creating what she calls aerial arias — performances in which she sings while hanging from, swinging on, rolling in, dropping along and otherwise playing with two long pieces of hanging fabric called aerial silks.

She's performing three such pieces Saturday, including one created for Mystique.

Elizabeth Rose, who owns the Fly Circus Space studio in New Orleans, said that when she got Hymel's email suggesting the collaboration, her response was, "Yes! It's brilliant! Let's do it immediately!"

With Glenna Broderick, her colleague at Fly Circus Space, and colleagues from other cities, there's a wide range of performances, including a tightwire piece, dance trapeze, hand balancing on canes, aerial work on the "corde lisse," or smooth rope, and "a duo adagio piece, like hand-to-hand acrobatics, but slow, sculptural."

The entire Fly Circus Company will join in a spectacle for the final number. Hymel will sing "Nessun Dorma," which became popular outside opera after Luciano Pavarotti sang it for the 1990 World Cup, then with the Three Tenors.