Shakespeare in trouble: Dutch fret about English on campus

Expatriates graduating in English at Dutch universities are often tempted to remain in the Netherlands which has a flourishing economy. 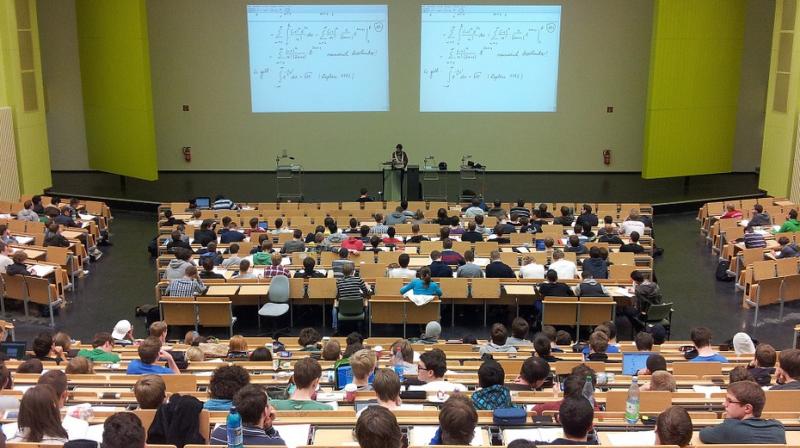 THE HAGUE: The growing popularity of English as a medium of instruction at Dutch universities is ringing alarm bells among local lecturers and students, with some now even calling for government intervention.

As Shakespeare's mother tongue spreads in lecture halls across the county's 14 universities, the Dutch education department is finalising a proposal to deal with the matter. Britain's exit from the European Union (EU)next year has only accelerated the phenomenon, with international students flocking to the Netherlands which provides an ideal base for those wishing to study in English within the EU.

Some 90 percent of the Dutch population speaks English, to the envy of many of its less anglo-competent neighbours. To add to the attraction, many local universities are much cheaper than their British or US-based counterparts. English usage is particularly dominant at Master's degree level.

Pressed by heated debate from campus to parliament, the Dutch Education Ministry will soon publish a letter "with the minister's position on the subject," Hendrikx said. This follows a report in February by the Royal Dutch Academy for Arts and Sciences (KNAW), which blasted the Netherlands for "failing to properly protect and uphold the quality of Dutch as a language and over-estimating the importance of English".

"Universities are forced to offer courses in English to remain in the race" for international students in Europe, said Verbrugge, a philosophy professor at the University of Amsterdam. "We are witnessing a 'languicide'," he told AFP. "We always advocate diversity but here we're killing a minority language."

"We must preserve all European languages and cultures ... Dutch students no longer master their native tongue," he added.

Verbrugge and BON have now launched a lawsuit against two Dutch universities they accuse of killing the Dutch language through the 'Anglicisation' of courses.The eastern Twente University and the southern University of Maastricht offer two master's degree courses in psychology exclusively in English. BON called it an "impoverishment of the teaching quality and a dangerous abandonment in the learning of the Dutch language."

"We must call the universities to order because they're violating the law," which states that all lesson and exams must be in Dutch, the union said.

An exemption can only be made when the subject matter was directly related to a different language such as English, for instance in international business management studies. BON says the effects of such a language policy can even be seen in the labour market.

Young expatriates graduating in English at Dutch universities are often tempted to remain in the Netherlands which has a flourishing economy and pleasant living environment, thus taking jobs from local graduates, it said. Verbrugge said BON was unsure whether the lawsuits would be successful "but at least we've raised the issue for discussion." Many Dutch students agree, saying they did not understand the value of "pretending to be English in front of a lecturer who is just as equally Dutch."