A video shows the lanky male agent putting in some energetic dance moves before executing his backflip. 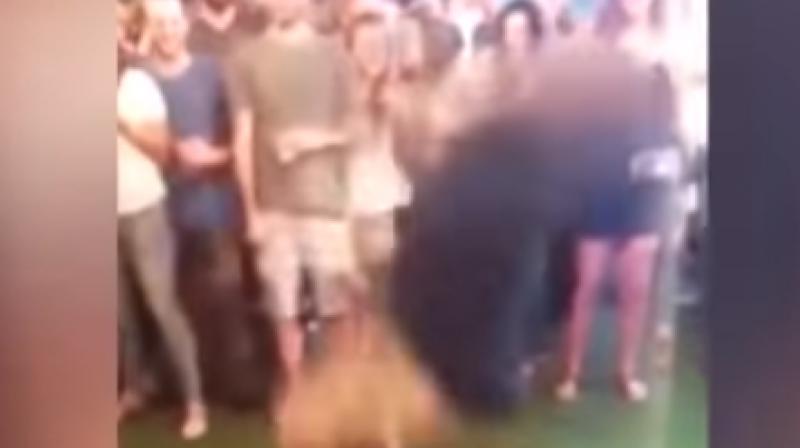 Unfortunately, the move was less of a crowd-pleaser than intended when his gun fell out of his trousers. (Photo: Twitter/RyanHaarer)

Police are investigating an off-duty FBI agent's apparently accidental shooting of a man when the agent did a backflip at a Colorado night club, local media reported Sunday (Jun 3).

A video obtained by local television stations shows the lanky male agent - a crowd off to his side - putting in some energetic dance moves before executing his backflip.

This @FBI agent was dancing at a Denver bar on Saturday night. Did a back flip, gun falls. He picks it up and a round is fired, hitting a man (he’ll be ok.) @DenverPolice investigating. #9News pic.twitter.com/MwV1WpNzAQ

Unfortunately, the move was less of a crowd-pleaser than intended when his gun fell out of his trousers. The agent couldn't catch it in time before it went off and shot a man in the lower leg.

The shooting victim was recovering in hospital from non-life-threatening injuries, the local ABC television affiliate said.

The agent was taken to police headquarters and then released to an FBI supervisor.