The new and improved driving test system in delhi sees a drastic increase in the number of people who are failing the test. 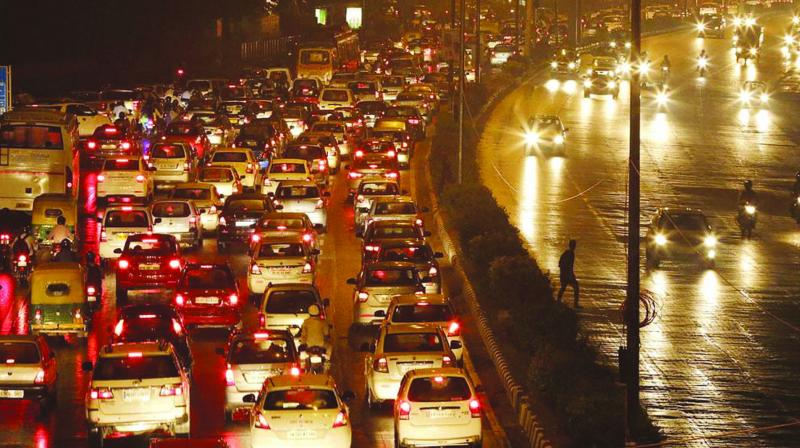 According to the Delhi Government’s Transport Department reports, only 16.2 percent of applicants failed the tests before the introduction of automated tracks.

According to reports issued by the Delhi Transportation Department, almost 1.5 lakh people die on Indian roads every year.

Simultaneously, three more ADTCs started operating in the city at Vishwas Nagar, Sarai Kale Khan, and Shakur Basti. These ADTCs are set up and maintained by Maruti Suzuki India Limited as part of its agreement with the Department of Transport, NCT of Delhi.

However, according to an RTO official, more than 80 to 85 percent of applicants have failed the test. “Before this system, almost every applicant used to end up passing this test. Most of the people are now failing because they are not following basic safety rules like wearing seat belts or using indicators while changing lane. Earlier, the manual test was easy and due to that the rate of failure was low.”

K.K. Dahiya, Special Commissioner, Transport Department, said, “This system will ensure responsible drivers in Delhi. We know that most of applicants are failing, we are also spending time to educate people about this test and we think that rate of failing will decline slowly.”

“The number of applicant has also come down. Now, unless the person is perfect in driving, they will not be able to clear the test, so as a result people are not appearing the test.” K.K. Dahiya added.

According to the Delhi Government’s Transport Department reports, only 16.2 percent of applicants fai-led the tests before the introduction of automated tracks.

“Due to this transportation system, People are really happy, specially those who are genuine drivers are happy. This new system has affected those people who used to bribe the system and think that they know driving.” K.K. Dahiya further explained.

Nirmal Singh (name changed), who failed the new test, expresses, “This new test is very difficult. When I arrived for the test, I didn’t have any idea that a new electronic system like this has been installed. So I took a casual approach. But, I think this is a very nice initiative by the government, which will lead to better and safe roads.” 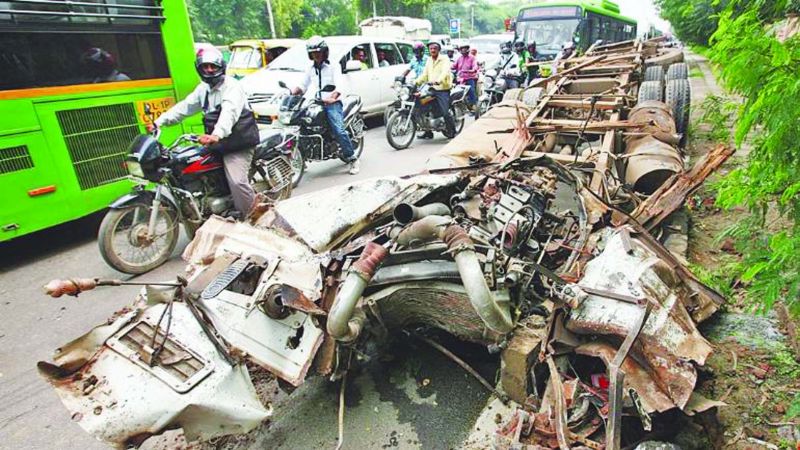 The fully-automated driving test facilities use access control along with biometrics and RFID-recognition system. Access control permit sentry of applicants only at the pre-assigned time slots, thus making it convenient and efficient. The new ADTCs are equipped with scientifically designed test tracks. The use of advanced technology, including multiple high definition cameras, help evaluate applicants against 20 essential driving skills, in-line with Central Motor Vehicles Rules (CMVR).

Ajay Kumar Tomer of Maruti Suzuki India Limited (MSIL), who has been there for this entire process, explained, “We have been working in this area for over a decade through multiple interventions to improve the road safety scenario in India. We have used high-resolution cameras, real-time video, instant results and online registration, to make this much more convenient and efficient. It will also help people get accurate and consistent results.”

Under these new tests, the applicant will be tested on reverse parallel parking, up gradient, Forward-8, Reverse-S, traffic junction and H-track for four-wheelers. A track to test overtaking skills has also been introduced for the first time.

Whereas, two-wheeler riders will need to prove their riding skills on a serpentine track, that will judge applicant’s maneuvering skills. They will also be tested for emergency braking skills and skills to ride on a straight ramp.