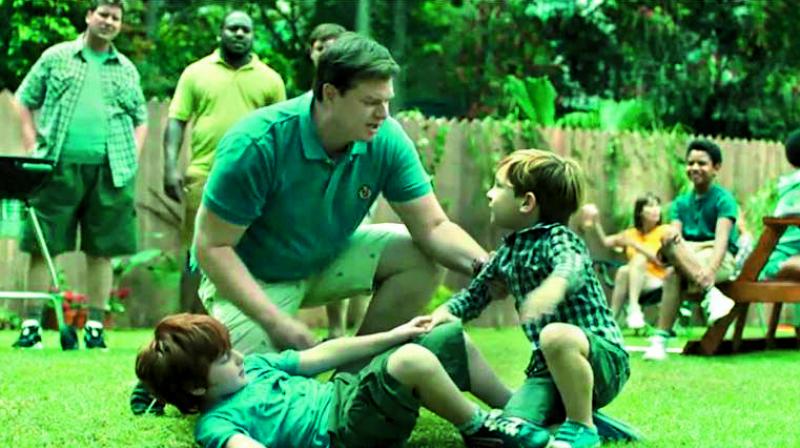 Gillette’s ‘We Believe’ plays on its famous slogan, “The best a man can get” replacing it with “The best men can be”, before showing shots of aggressive behaviour.

The massive international controversy surrounding a Gillette advertisement has once again put the #MeToo movement and the issue of toxic masculinity under the scanner.

This week, Gillette officially called off its war against “toxic masculinity” after an unprecedented backlash to its controversial ad resulted in an $8 billion write-down for parent company Procter & Gamble.

While viewers in the West slammed the ad for being preachy and sexist, it has unfortunately also highlighted the horribly nascent stage that the issue of toxic masculinity is currently at in India, say industry experts.

Akanksha Pandey, consultant clinical psychologist at Fortis Hospital in Bangalore explains why masculinity is a more complicated issue in our country and why it is still at a premature level of understanding.

“In the West, the whole society is aware of such issues so there is huge pressure and power against it. But in India, the issues are more complex because the new generation is thinking differently while the older generation is still rigid, setting off a conflict,” she says, adding, “The ad would have received a mixed reaction here, with only a very small portion of people actively taking umbrage at it. And it certainly wouldn’t have led to such big losses for the company.”

Social responsibility in Indian context
Subbu Padmanabhan, Chief Executive Officer at Flame Advertising also defends Gillette’s standpoint in an Indian context. “We are on a basic level with toxic masculinity in India. I don’t think our men are pushing the envelope much. At a functional level, masculinity is about fighting hooligans, racing bikes and getting a girl.

Heroism is power-oriented,” he says, adding, “I thought the ad was pretty good. At the end of the day, its message was to be a guardian of society. We need to have a torch bearer attitude in terms of how to behave.”

The former Vice President of OTS Advertising and Branch Manager at Interface Communications in Hyderabad further adds, “How many times can one talk of a razor giving a smoother, faster shave? It is a fast-moving consumer goods (FMCG) product that has to move on and create value for its users. It’s also an expensive product so it makes sense for them to take up issues. At least it’s not provoking men to chase or tease women. In the advertising world, we look at a product and how our children and relatives will view the ad. There is a social responsibility for the person creating the ad.”

Insincere armchair critics
Shortly after Gillette announced that it would shift the “spotlight from social issues to local heroes,” English television personality Piers Morgan tweeted, “Gillette learning the hard way that woke man-hating bullsh*t is not massively popular with men. Who knew?”

While ‘woke’ is a political term that refers to a perceived awareness of social justice and racial issues, Pandey adds that people are getting offended far too easily these days. The 32-year-old practising psychologist says, “There is nothing to be offended about but people are quick to react. Every corporate company has a social responsibility and Gillette’s intentions were good.”

Even if a person does not feel entirely triggered by the issue, the Internet offers anonymity and a space for opinions, she adds. “It is often the displacement of already existing anger onto something less threatening. Something that cannot backfire on them personally. When such comments become a trend, it forms a ‘herd psychology’, where people join in for the sake of compliance without actually meaning it. People have very fragile egos and the Internet provides instant gratification,” she explains.

“It is learned and conditioned behaviour. It could come into play when a person is brought up in an environment where power, dominance and insensitivity are celebrated and acknowledged by others as masculinity,” she explains, adding, “But a transformation is taking place as more women are getting educated, less dependent on men and thus, letting them know where the boundaries lie. We're making good progress.”

Razor Burn!
The razor company’s short film, called We Believe plays on its famous slogan, “The best a man can get” replacing it with “The best men can be”, before showing shots of bullying, sexist and aggressive male behaviour.

It then shows examples of more positive behaviour with men stepping in to prevent such behaviours when they happen in public, saying it wants men to hold each other “accountable”. The video has about 32 million views on YouTube. Viewers have called it a “feminist propaganda”. While CSR appeals can be effective, the backlash among consumers is believed to have been the result of a profit-motivated company giving a lecture on morality.