A treat for cinephiles 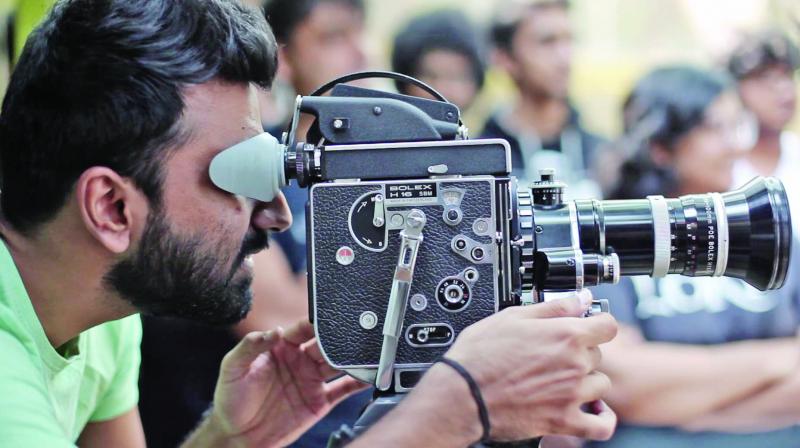 Putting their love for celluloid on display, Versova-based Harkat Studios is taking a series of 16mm films to the upcoming Serendipity Arts Festival, to be held in Goa later this month.

Putting their love for celluloid on display, Versova-based Harkat Studios is taking a series of 16mm films to the upcoming Serendipity Arts Festival, to be held in Goa later this month.

Creating a section called ‘India on Film’, the studio has put together a collection of 20 experimental films made solely on celluloid by Indian filmmakers. The curation aims to explore the relationship between the art and craft of making a ‘film’ through a series of film screenings, workshops, and installations.

The intent, according to Harkat Studios co-founder Karan Talwar, is to highlight the shift in the medium caused by changes in narrative techniques. “I think this part of Indian cinematic history is very under-represented and less talked about. Because when you think of experimental films, you only think about White (Westerners) people making them and never attribute it to be something Indian. But we have so much beautiful experimental work done by Indian artists with Indian voices. So our idea was to put forth these voices that have existed throughout our cinematic history,” he explains. The curator wants to move experimental films under the banner of ‘art films’ and bring them into popular Indian cinema. 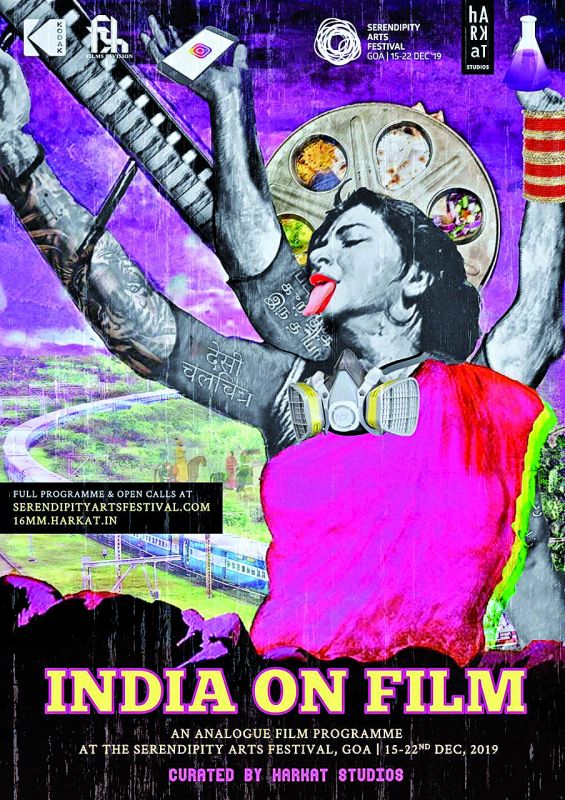 Among the entries is a 26-minute film named Events In A Cloud Chamber, based on a film with the same name made by contemporary Indian artist and painter Akbar Padamsee in 1969. Made by filmmaker Ashim Ahluwalia in collaboration with the artist, the film — in which Padamsee tried to reproduce one of his oil paintings using projected light, working with tinted filters and stencils to recreate the different coloured sections of the painting — was revived from the dead.

“Ashim went back to Akbar and made a film based on his recollections of what the film was about. Through his conversation with the painter and examining the archivals, they reconstructed the original intent of the film. The film shows Akbar’s memory and how he gets excited reminiscing that time,” smiles the movie enthusiast. Another of Padamsee’s films named SYZYGY will also be screened.

For the collection that celebrates Indian experiments on film, Talwar saw close to 500 films before settling on 20 - acknowledging artists like Amrit Gangar, Akbar Padamsee, Ashim Ahluwalia, Mani Kaul, and Amit Dutta to name a few. “We will be screening films for eight days at the festival. And of all the films we saw, we let the work speak to us and that paved the way for how each film wants to be played and scheduled,” the co-founder explains.

Filmmaker Mani Kaul’s 20-minute film on celluloid explores larger subjects like product commodity, migration, and labour in an experimental fashion. With two films by artist Ashish Avikuntak — namely Kalighat Athikatha, a 16-minute piece capturing the layers of consciousness that go into worshipping Kali in Calcutta — Brihnnlala Ki Khelkali or Kaal Abhirati by Amitabh Chakroborty about the physical experience of time, or Nainsukh by filmmaker Amit Dutta about a pahadi painter recreating his paintings in a cinematic language, the list boasts of a beautiful cinematic display of art. However, the highlight of film screenings will be the one-minute 1966 film Yet In Him We Trust by SNS Sastry, narrating the concept of man and his world along with a selection of short films by the Films Division of India from 1948- 1975.

Apart from the screenings, the curators are also organising ‘Ek-Min Film Workshop’, enabling filmmakers and amateurs to shoot a film on 16mm using 50 feet of 500T Kodak stock, a DOP, a 16mm camera, and processing and scanning. “We are doing a workshop Celluloid Karigar on handmade films, where we are going to play with the footage we found from Chor Bazaar. The filmmakers will work with found footage to reimagine and reconstruct the narrative altogether. We’re calling it a ‘jugaad’ workshop without institutional rules, allowing participants freedom in form and concept to open their minds to the medium and to the ideas it evokes,” Talwar shares, adding, “We are also enabling six filmmakers to shot a one minute film on ‘film’. For which we will go to Goa before the festival and shoot six films on 16mm that will be screened on the last day of the festival.”

Among the other activities will be the installation of 16mm Selfie booth, solidifying the studio’s love for celluloid, and a performance by rap artist Sophia Ashraf, who will perform to experimental 16mm films projected live. “These films will play from the projector in real locations at the various locations of Serendipity festival created for a selection of her songs,” Talwar concludes.