A fight against prejudice

Pictures against Prejudice, a two-day photo display is looking to depict the everyday struggles and inspiration of the LGBT community. 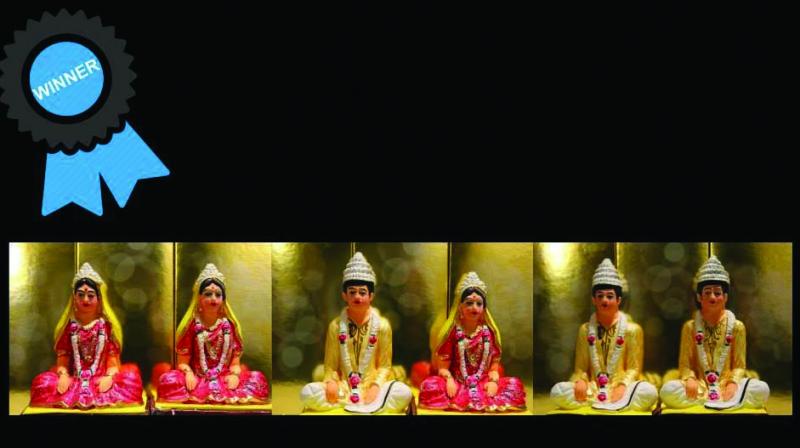 A winning artwork by an illustrator

June 25, 2015 proved to be a landmark day in the US after the Supreme Court legalised same-sex marriage in 50 states. This judgement evoked a positive reaction all over social media. Facebook, in fact, urged people to show their support through the Pride Rainbow as profile pictures. “Back home, when the country’s Supreme Court decriminalised Section 377 in 2009, and the transgender community was recognised as the third gender this year, they were both considered as triumph,” recalls Prashansa Gurung.

These instances of solidarity inspired Prashansa to employ this narrative for Pictures against Prejudice, a photography exhibition, which will be a part of Mumbai’s Pride Week. Based on the theme ‘In it Together’, the two-day display will showcase photographs, caricatures and cartoons that document the issues that the community faces.

In its fifth edition, Pictures against Prejudice, is looking to sensitise the community at large about homosexuality. “These are powerful images, and depict emotions and struggles that the LGBT community faces. We have chosen artworks that aren’t gender-conforming — images that will create a resonance among the community, while giving others an insight into our lives,” explains Sonal Giani, who is the organiser for the project. She adds that her favourite artwork till date remains an illustration of clay dolls sitting by the mandap. “Same-sex couples are shown sitting by the mandap dressed in wedding finery, as do straight couples. I think this is one of the most thoughtful illustrations, since a lot of us want to get married as per traditional rituals. I think we have a long way to go, but it is a positive picture.”

This year the focus is on the support that the community seeks from families, friends, colleagues or the workplace. Sonal believes that the support they have received has encouraged them to move forward in their fight for freedom. “There are a few issues that cause arguments within the community. For instance, some want to fight for marriage rights, but some do not want to recognise the rights for transgenders. I think it is time that we stop looking at ourselves in isolation, and became a part of the larger movement.”

Prashansa, who curated the project, explains that the only criterion to submit their entries was to look at artworks that find a resonance among the community. She explains, “We weren’t even looking for a good quality photo. All we wanted was artworks that showcase our theme. Illustrations, cartoons, are an interesting way of dealing with LGBT issues, and even homophobia.”

The team is hoping that the exhibition opens a dialogue on LGBT issues. “A lot of the time, people exclude the LGBT community. Our needs, desires, emotions often find an exaggerated protrayal. We need to fill this void with positive images, and tell people that there is nothing wrong with being a homosexual.”

In association with Gaysi Family, On Jan 7 -8, At The Upstairs Studio,14, Veronica Street, Bandra West