Jyothi Reddy left her daughters behind to try her luck as entreprenuer in the US. 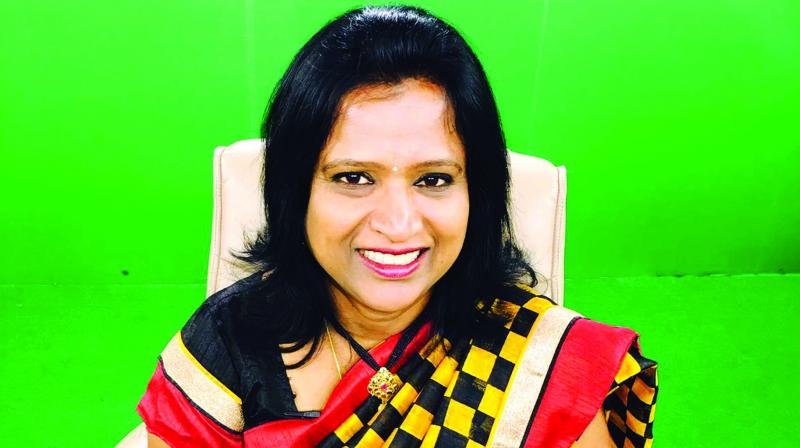 When Jyothi Reddy found herself in a dire situation, the choice was clear: either to be consumed by negativity or find a way out and emerge on top. Her journey — from a field labourer to the CEO of an organisation in the US — was not easy. She worked as a saleswoman in shops and gas stations, baby sitter and cleaner at restaurants. The turning point of her life came when she was appointed a software recruiter by a firm with the aid of a close relative. She gathered as much information as she could about opening a small business and to keep it going.

“I learned a lot as a recruiter in two companies, first of which was at South Carolina and the second at Virginia. And finally in 2002, I started my own company Key Software Solutions in Phoenix,” says Jyothi, who believes in the dictum, ‘Do before you die’. “It was a long and painful but fruitful journey. I do believe in hard work and with a perfect plan it all works out well.”

Success has not made her forget her roots. Every August, she visits India and makes it a point to celebrate her birthday with orphan kids. “I spent six years of my life in an orphanage. I dedicate my birthday — August 29 — to them. Every year, I visit Warangal district and celebrate with them,” says Jyothi, who is a member of the advisory council for all NGOs in Warangal district.

She left her two daughters — Beena  and Bindu — behind in a missionary hostel when she went to the US. “It was a very tough decision. I was also blamed for that. Working with the support of men is different from working without their help. I wanted to give a good life to my daughters and that’s why I was very arrogant and adamant in making my decisions and I never comprised on them,” says Jyothi, who started her business with her savings of $40,000.

Earlier, she was a government teacher from 1992 to 2000. “I sold saris in trains making use of the two hours’ commuting time between work and home. I used to get paid Rs 398 as teacher which was not enough to survive,” she says. “I also used to stitch 20 petticoats daily for Rs 20.”

Of course, things are a lot different now after entrepreneurship had paid good dividends. And she’s more than ready to pass on the lessons she’s learned while working relentlessly to make her business a success. “I want to use the same model to teach young adults on how to become entrepreneurs. I have thousands of followers on Facebook and Twitter and pass on my wisdom so that others can improve their lives through entrepreneurship.”