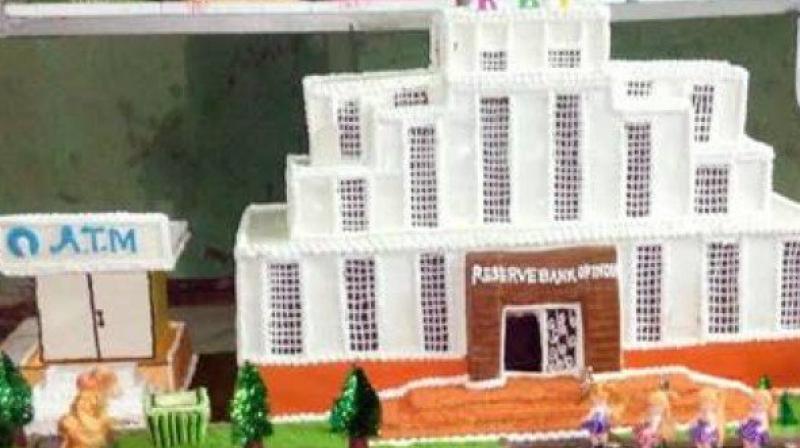 The cake by the small bakery higlights the plight of the common man with the RBI and an ATM with people stand in a queue outside it and a Rs 1000 note thrown in a dustbin. (Photo:Twitter/SunoKhabar)

Demonetisation has taken a toll on the whole country and the effects are clearly visible with not a happy moment to spare for the common man. However, a bakery in West Bengal has something sweet to offer for all those distressed souls.

According to a report in India Today, a small bakery in the Jalpaiguri district baked a huge cake themed around the whole demonetisations event in India. The cake has the Reserve Bank of India (RBI) along with ATM’s and people standing in queues around it. The cake was put up in an auction for the highest bidder on Jan 2. The name of the bidders will be taken along with the price they are quoting and it will be given to the highest bidder.

The cake is said to be around 64 pounds and has been made by people who were affected by it including Anjana Saha, the baker of the cake.