It turns out that flights that depart from Janet's hub at Las Vegas airport won't show up on departure boards. 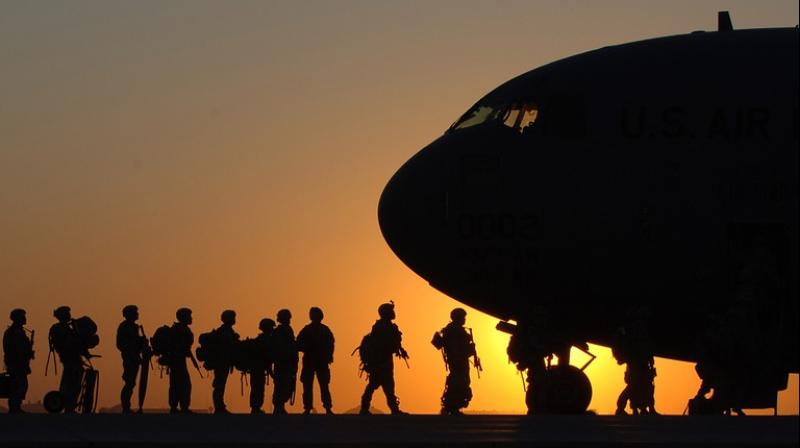 Going by the name of Janet, it has a fleet of Boeing 737 airliners operating from McCarran Internatonal Airport in Las Vegas.

If theories are to be believed, there is a top secret airline that one is not meant to know exists. And this airline flies directly to UFO hot spot Area 51.

Going by the name of Janet, it has a fleet of Boeing 737 airliners operating from McCarran Internatonal Airport in Las Vegas and tourists on the Strip may have seen the distinctive red and white jets taking off and wondered where they go on their daily flights.

However, it is interesting to note that they won't show up on departure boards as only US military personnel are allowed to board from a separate hangar called the Gold Coast Terminal, which is guarded by armed men with walkie-talkies.

Apparently Janet, which stands for Just Another Non-Existent Terminal is run by the US Air Force to shuttle workers to secret test sites in the Nevada desert.

Other brief flights go to an unspecified destination nearby - believed to be the Area 51 facility famous with alien hunters.

Furthermore, Groom Lake is believed to be used to test experimental aircraft and "black projects" weapons systems. Its existence was only acknowledged publicly for the first time in 2005.

Conspiracy theorists believe the top-secret military base contains the remains of an alien spaceship that crashed in the 1940s. Nobody who flies on the special Janet flights is allowed to reveal where they are going or what their job is.

Conspiracy theorist Nick Pope says, “Area 51 exists - it's part of a military testing range in Nevada - and because of the remote and sparsely-populated location, it's where various secret prototype aircraft and drones are developed and test flown. The UFO and conspiracy theory community think it's the place where crashed UFOs are kept and where the US military are trying to back-engineer this alien technology.”

Janet's six 737 jets and five executive turboprops mostly shuttle back and forth to the two sites in Nevada but also fly to US air bases in California, Utah and Ohio.

The planes can be seen waiting at the private terminal from some rooms at the Mandalay Hotel on the Las Vegas strip, which back on to the airport.

Tags: airline, us, military base, area 51, viral and trending, janet