No room for single women

This problem is the focus of Shikha Makan’s documentary, Bachelor Girls, which raises questions about freedom of women in urban India. 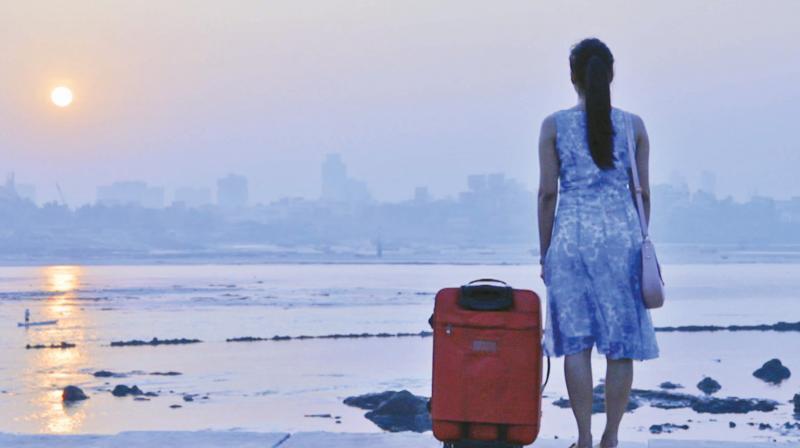 “What’s wrong with dressing the way I want? Aren’t we supposed to have the freedom to choose a career and live life on our terms?” asks Priyakshi Dutta.

Priyakshi (name changed) came to Delhi from Assam nine years ago and has been living in hostels, paying guest accommodations and rented apartments since then. And to say that her journey has been difficult would be an understatement. From being judged for the way she dresses to being called a prostitute for having male guests at her house, she has suffered it all. “On one hand, I want to fulfill my dream of being a successful and independent woman, which is why I chose Delhi, the city of opportunities, and left home. But on the other hand, concerns like hygienic food, privacy and intrusive landlords have also affected me so much that I feel like giving up,” says the 27-year-old who works in a Public Relations firm.

She shares how the decision of spending some private time with her boyfriend in her rented apartment turned out to be the worst decision of her life and how her sex life became the talking point of her neighbours and landlord. Eventually, she realised that financial independence wasn’t enough for single women to live independently and safely. One’s family background, culture, caste, profession and marital status are scrutinised and play a big role in a single woman finding accommodation.

This problem is the focus of Shikha Makan’s documentary, Bachelor Girls, which raises questions about freedom of women in urban India — with reference to housing discrimination faced by single women in Mumbai. The film focuses on the conservative mindset of housing societies in the city of dreams and the “soul crushing” experience of women who fight their way for a comfortable home with desired privacy.

“As a filmmaker, I understand that landlords are not be willing to rent their apartment to me because of my odd working hours. But even people working in banks or those in nine to five jobs are denied apartments. The interviews that housing societies conduct with tenants makes one feel harassed by a whole bunch of adults,” says Shikha.

“What is more shocking is that we live in a country where there is so much dialogue about feminism and government sponsors programs like ‘Beti Bachao, Beti Padhao’. But no one really understands what it really means to empower a woman,” she adds.

The film also rates Delhi — which is otherwise the much defamed “rape capital of India” — as comparatively friendly for single women to find rented accommodation.

“While housing discrimination is faced by women all across the world, Delhi is much easier to rent in as compared to Mumbai,” says journalist Deepanjana Pal.

Agrees Esther L, who is from Mizoram and has been in Delhi for 13 years. She says what she found most difficult to handle was the definition of women here, which according to her is “very different from back home”. “Men are very aggressive towards women here. They look at women as if they are not humans, but objects,” says Esther, who works at Metro Delhi International School.

Sharing her experiences of house-hunting in Delhi, she adds, “Some people say that our food is very smelly and that we cook non-vegetarian food, so they can’t rent us the apartment. Some landlords charge me extra rent when my cousins come to stay over. Also, here people seek something in return when they help someone… this has been the worst experience for me.”

But these experiences have never made 29-year-old Esther give up or think of going back home. She says that Delhi is full of surprises and wants to make the most of staying here. She says, “These instances are a test of our patience, but they have taught me to be strong and even more determined to stay here and follow my dreams. I can now say that if I have lived in Delhi, I can stay anywhere in the world.”