The boy died on the spot and his two-year-old sister passed away at the hospital. 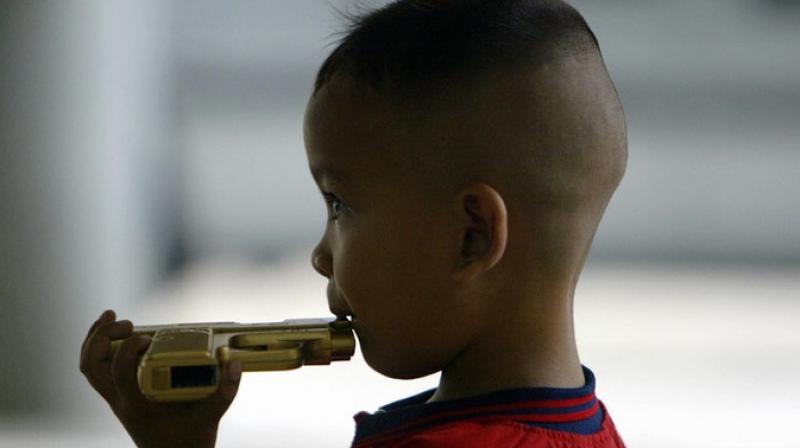 The incident was twice as tragic since the gun was bought for the family’s protection (Photo: AFP)

Gun control has been the subject of a heated debate for a while now as recent public shootings have intensified the conversation. While children across the globe do play with toy guns, kids getting their hands on real firearms points towards an alarming state of affairs.

In yet another shocking tragedy from South Africa, an 11-year-old ended up shooting his sister dead while playing with their father’s gun before killing himself with it. The boy died on the spot and his two-year-old sister passed away at the hospital.

The police are investigating it as a case of murder as they urged all licensed firearms owners to safeguard their guns. The incident was twice as tragic since the gun was bought for the family’s protection.

Gun Free South Africa director said that keeping a gun in a house with children is lethal as they are curious by nature.