Former cricketer Harbhajan Singh is not the only one to test his luck on the silver screen. 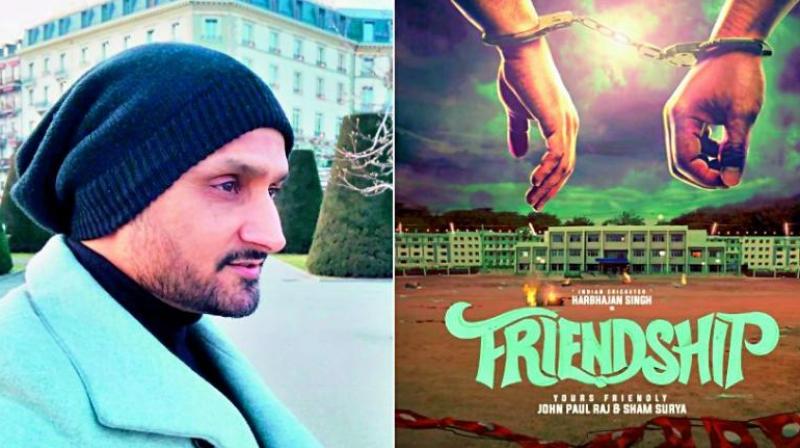 Former cricketer Harbhajan Singh is not the only one to test his luck on the silver screen. Here are some cricketers, former and present, who’ve used their brand value to make it into films.

Many moons ago, Pakistani-cricketer Mohsin Khan married Bollywood actress Reena Roy. Even as Reena took a sabbatical from films to spend time with the family, Mohsin turned to Bollywood to play the hero with JP Dutta’s film Batwara followed by Saathi and Fateh, among others.

Now, former-cricketer-turned-commentator Harbhajan Singh has made a full-fledged foray into films. He will be seen playing the leading role in a Tamil movie called Friendship. Sixteen years ago, Bhajji, as Harbhajan is fondly called, made a cameo appearance in David Dhawan’s Salman Khan–Akshay Kumar–Priyanka Chopra-starrer Mujhse Shaadi Karogi. Now, the 39-year-old spinner has turned the ‘doosra’ way into Bollywood, with a movie produced by JPRB Stalin.

Harbhajan, who has been a regular with the Chennai Super Kings (CSK) team, shared the poster of the film on his Twitter handle with a caption in Tamil. Incidentally, before Bhajji, another CSK player Dwayne Bravo had done a cameo in the Tamil film Chithiram Pesudhadi 2.

“It is an easy route to take,” a trade expert explains. “They are already well-known, and so these moves will certainly create some buzz in the beginning. Ultimately, however, their acting prowess will tell whether they are worth the film. That being said, they do come with a set brand value achieved in another field and may even get some audiences just as Sachin Tendulkar did when he starred in the documentary on his own life.”

Another Indian player and CSK regular, Suresh Raina, sang for the film Meeruthiya Gangsters, which was directed by Zeishan Quadri. We also had Anil Kumble making an appearance in the film Meerabai Not Out.

Platform for the fallen and the foreigners

The glorious on the field aside, even those banned on field have earned their 15 minutes of fame on the silver screen.

Sreesanth, who was banned from cricket after match-fixing allegations, acted in Pooja Bhatt’s production Cabaret, in which he played a mentor to the character that actress Richa Chaddha played. Another cricketer also accused of match-fixing once, Ajay Jadeja, acted in two films — Khel, opposite Celina Jaitley, and Pal Pal Dil Ke Paas, which was backed by actor Suneil Shetty.

Kabul-born Indian cricketer Salim Durrani also made his film debut opposite Parveen Babi in the 1973-BR-Ishaara directorial Charitra. Word has it that he took a whopping `80,000 in remuneration, an amount quite phenomenal for the era. Sandeep Patil made his debut as a hero in the film Kabhi Ajnabi The, in which he was cast opposite actress Debasree Roy. The film also had former Indian stumper Syed Kirmani acting in it.

Transitioning this way and that

Salil Ankola, who started with TV serials such as Chahat Aur Nafrat and Kora Kagaz, got into some films too, including Chura Liya Hai Tumne. The film was the launch vehicle for actress Esha Deol and actor Zayed Khan. Salil also appeared in Kurukshetra, starring Sanjay Dutt.

Choosing to running around trees in songs after running between the wickets in matches was Sunil Gavaskar, who chose to make his debut in the 1980-Marathi film, Savli Premachi by Datta Keshav. Sunny played the lead role in the film.

The ‘Haryana Hurricane’ and all-rounder Kapil Dev, whose life story is central to the upcoming Ranveer-Singh-starrer biopic ’83, was also part of Nagesh Kukunoor’s film Iqbal.

Interestingly, actor Suniel too used to play cricket at the Cooch–Behar level while director Vishal Bhardwaj played cricket at the Ranji Trophy level.

Now balancing out the transition of cricketers into the film industry, actors such as Shah Rukh Khan, Preity Zinta and Juhi Chawla have also laid a finger in the cricket pie by owning IPL teams just as did Shilpa Shetty. Actors Akshay Kumar and Hrithik Roshan were also associated in the Bollywood–Cricket transition when they became brand ambassadors for some IPL teams.