Life   More Features  05 Mar 2018  32 lions died due to accidents in the past two years in Gir
Life, More Features

Preventive measures include construction of fences along the railway tracks passing through Amreli district and building speed breakers. 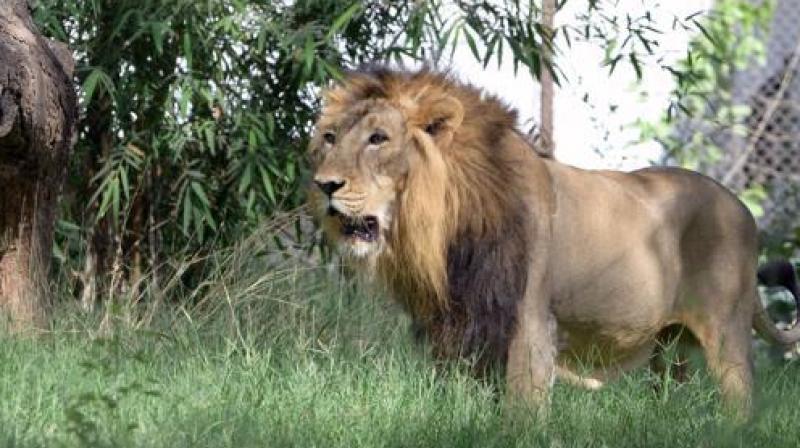 Incidents of lions getting mowed down by trains or vehicles on the road are often reported from the area (Photo: AFP)

Gandhinagar: The Gujarat government today admitted in the Legislative Assembly that 32 Asiatic lions died due to "unnatural causes" such as falling into wells in the last two years in and around Gir Wildlife Sanctuary in the state.

While 12 lions, including cubs, died in 2016, 20 died of unnatural causes -- in various kinds of accidents -- in 2017, Forest Minister Ganpat Vasava told the House in a written reply during the Question Hour.

The minister admitted that wells without parapet walls often become death traps for the animals who fall in and drown.

There are 27 open wells in Amreli district near the sanctuary, Vasava said, adding that parapet walls would be built around these wells "as soon as possible".

Several open wells near the sanctuary have been now secured by constructing parapet walls, he said.

Other preventive measures include construction of fences along the railway tracks passing through Amreli district and building speed breakers on roads passing from sanctuary area, said Vasava.

Incidents of lions getting mowed down by trains or vehicles on the road are often reported from the area.

As per the census of 2015, there were 523 lions in and around the Gir sanctuary, the last abode of Asiatic lions.