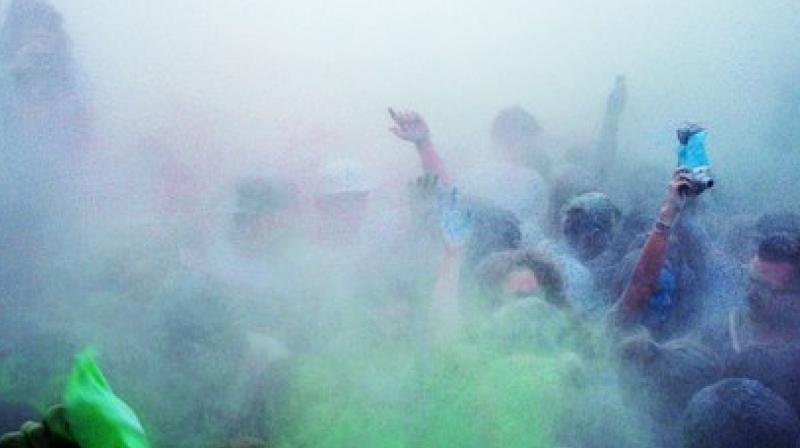 The vibrant colours of Holi may have settled down, leaving revellers with happy memories, but the harassment of many of Delhi's women, especially those who have moved to the city from elsewhere, has left behind scars that refuse to fade.

In the run-up to Holi this year, there were complaints from women that they had been attacked with balloons filled with semen.

The first such attack that gained eyeballs was flagged by Lady Shri Ram College student Tolino Chishi, who wrote about being attacked before Holi on her social media profile.

Chishi, who is from the Northeast, recalled how she was harassed on the streets of Delhi. She was in a rickshaw when a balloon filled with some kind of liquid hit her hard.

It hit me on the hip where it burst open, its content seeping into my dress," she said.

On March 1, another student, Ghazala Rasheed -- originally from Patna and now in Delhi -- related on her social media page an incident of Holi harassment.

"I'll never forget this in my life. Today a bunch of ruffians attacked me and my friend ...with water balloons on our face," she wrote.

Her left ear was hurt, her nose started bleeding and face swelled up, Rasheed wrote.

"When my friend called the police they were reluctant (to help)," she said.