Courageous girl punches shark in the face to escape

She escaped with injuries on her legs with bite marks visible on both sides. 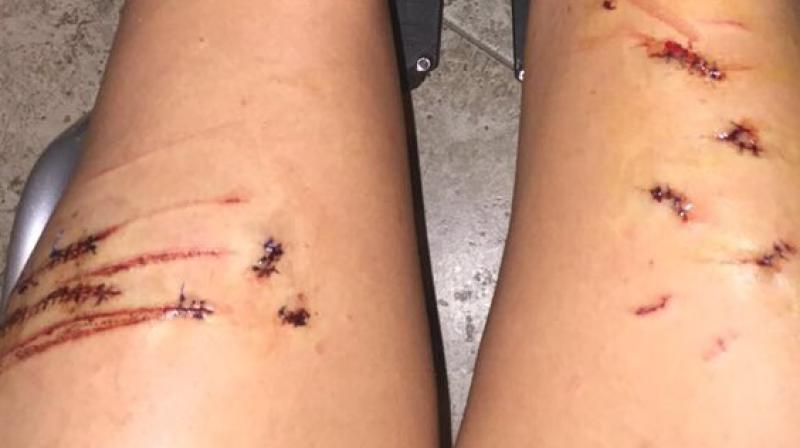 She seemed cheerful even after the terrifying attack (Photo: Twitter)

Sharks are one of the most terrifying creatures in the world and movies about sharks attacking human beings have given us nightmares for years. But no matter how colossal and scary the danger might be, human will is capable of overcoming it all.

17-year-old Caitlyn Taylor had no idea what awaited her on a Sunday afternoon swim in Denis Florida with her friends. What she first thought of as a dolphin later turned out to be a shark charging towards her, and caught hold of her legs in no time.

Beyond lucky to be alive and well and thank you to everyone for the support and wishes and I'm going to be okay, love you guys❤❤❤ pic.twitter.com/wm6wVryVzw

Caitlyn stayed sharp in the face of certain death, and mustered courage to hit the shark right in the face. She managed to escape the shark’s clutch as it swam off in the sea, and had injuries on her legs with jaw marks visible on both sides.

She shared pictures on Twitter and wrote that she was lucky to escape while assuring that she will be fine. Despite the ghastly attack, she was in her element.