PAS has been pushing to introduce a tough Islamic criminal code, known as hudud, in Kelantan that includes penalties such as amputations. 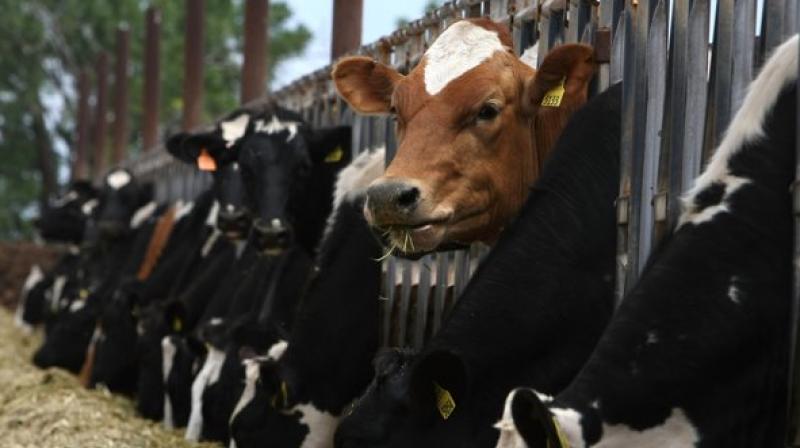 More than 60 percent of multi-ethnic Malaysia's 32 million inhabitants are Muslim but a traditionally tolerant brand of Islam has been eroded in recent years (Photo: AFP)

Kuala Lumpur: Cows in a conservative Malaysian state could be played Koranic recitals in the hope it will help them relax and improve the quality of their beef, a senior official said Thursday.

Che Abdullah Mat Nawi, a member of the executive council in Kelantan state, put the idea forward in the hope that it will be taken up by cattle farmers in the rural state.

The influential Pan-Malaysian Islamic Party (PAS) is in charge of the state legislature in Kelantan, in the north of the Muslim-majority country, and has previously attracted controversy for promoting tough Islamic laws.

"We believe that (reading the Koran gives) peace of mind to people, so it might give peace of mind to animals and produce better meat," said Che Abdullah, who oversees the agriculture portfolio in the local government.

"We believe the quality of the beef will get better if the animal is calm or in a relaxed situation."

The official added there was no timetable for the plan and it was not something the government would roll out on its own. It was hoping local farmers would lead the way in implementing it, he said.

PAS has been pushing to introduce a tough Islamic criminal code, known as hudud, in Kelantan that includes penalties such as amputations for theft and stoning to death for adultery.

In 2015 the state assembly passed a law mandating the hudud but it has not been implemented as the federal constitution forbids it.

More than 60 percent of multi-ethnic Malaysia's 32 million inhabitants are Muslim but a traditionally tolerant brand of Islam has been eroded in recent years as conservative attitudes gain ground.