Video of two giraffes fighting for female is going viral 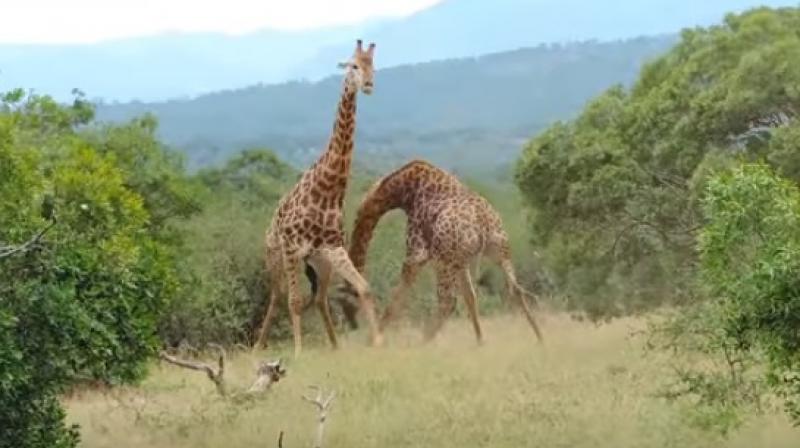 The footage captured is from Hluhluwe-Imfolozi park in South Africa and ends with one giraffe defeating the other after a fierce battle to gain control. (Photo: Youtube)

Wild animals fighting may be entertaining but is also scary at the same time because of their ferocity. Giraffes are known to be among the quieter animals compared to Lions and tigers but a recent video filmed in the wild will prove otherwise.

According to a media report, the two giraffes in the Hluhluwe-Imfolozi park in South Africa fight fiercely in the jungle to stamp their dominance and the leader in the area. The two swing their heads violently towards each others bodies so that they can impress a female giraffe and rule the area around the place they live in. After several attempts one drives the other one from the area to assume control of the place and go in search of the right giraffe to mate with.

The video posted by Barcroft animals has over 57,000 views and is one of the most breathtaking videos of animals in the wild in recent times.