The 36-year-old has already closed her Instagram account, where she often posed in the sexy or dishevelled outfits. 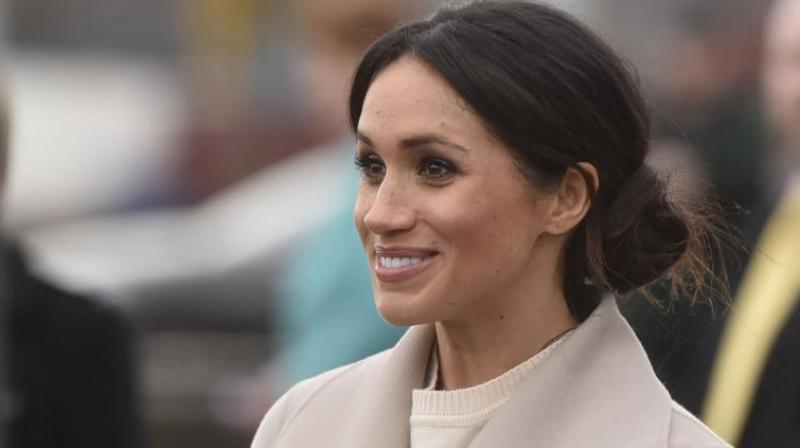 She is very different from the other royals, being an American with a diverse upbringing. (Photo: AFP)

Glamorous and elegant, Meghan Markle is set to freshen up the British royal family dress code, while tailoring her outfits to suit her new role.

As she prepares to wed Prince Harry on May 19, the US former television actress is unlikely to be seen again in ripped jeans, hotpants or a plunging neckline.

As a sign of her new responsibilities, the 36-year-old has already closed her Instagram account, where she often posed in the sexy or dishevelled outfits befitting a TV celebrity -- but not necessarily a royal spouse.

In tying the knot with Queen Elizabeth II's grandson, she is also marrying into an institution where age-old traditions govern virtually all aspects of the royals' lives -- including the clothes they wear.

"Royal dress codes are very traditional, especially when the family member is carrying out royal duties," said Grant Harrold, a former butler in the House of Windsor.

The etiquette expert, who used to work for heir to the throne Prince Charles and his sons Princes William and Harry, said Markle could follow the example set by William's wife, the former Kate Middleton.

"As we have seen with the Duchess of Cambridge, hats are part of the royal dress code and it is likely that we will see Meghan Markle wearing hats more often," he told AFP.

And the royal newcomer will also have to get used to wearing neutral-coloured tights, ditch any eccentric nail varnish and watch the hemlines.

"The outfits are more of a personal decision, but dresses should always be the correct length of on or below the knee, and never above," said Harrold.

The makeover is already under way.

At Harry's side at public events since their engagement was announced in November, her style has been one of refined elegance: long dresses, turtlenecks, classic coats and unflashy colours.

There have been some exceptions: black jeans here, bare legs there, but hardly enough to trigger a palace revolution.

After all, Markle has not yet married into "the firm" -- as royals call the family in private -- and will still be learning the ropes as she goes along.

A keen fashionista, Markle has long cultivated a casual Californian look that is a nod to her Los Angeles upbringing: comfortable in shorts and flip-flops.

But after landing a starring role in 2011 in the US legal drama "Suits", where she played a senior paralegal, her look became symbolic of business chic.

"The fashion on 'Suits' is gorgeous, so it also became my education of designers and really knowing what fits my body well," Markle told outnet.com.

"On a normal day, I love a shift dress with flats and a little cropped jacket.

"I would probably wear jeans, a nice top and a blazer."

She cites Emmanuelle Alt, the editor-in-chief of Vogue Paris magazine, and US actress Gwyneth Paltrow as her inspiration -- two influential fashion figures whose outfits are studiously copied by their stylish fans.

Markle is "a hint of Grace Kelly, a dose of Alicia Keys, a touch of Amal Clooney and a lot of Kate Middleton," said French magazine Madame Figaro.

Christine Ross, who edits the Meghan's Mirror blog, dedicated to Markle and her wardrobe, said the star's style was "modern and on-trend while still maintaining a classic elegance".

"She is very different from the other royals, being an American with a diverse upbringing, and this will naturally give her a different outlook."

Her wedding dress is a closely-guarded secret that will be kept until the day itself -- and it could provide a hint about the sort of styles she might adopt once married into the royal family.

For several weeks, London has been bristling with rumours about who will design the dress, with names like Burberry, Ralph and Russo, Victoria Beckham, Roland Mouret, Erdem and Alexander McQueen swirling around.

On May 19 at Windsor Castle, the world will have its answer.

Meghan Markle is preparing to marry Prince Harry on May 19

Meghan Markle will have to get used to wearing tights