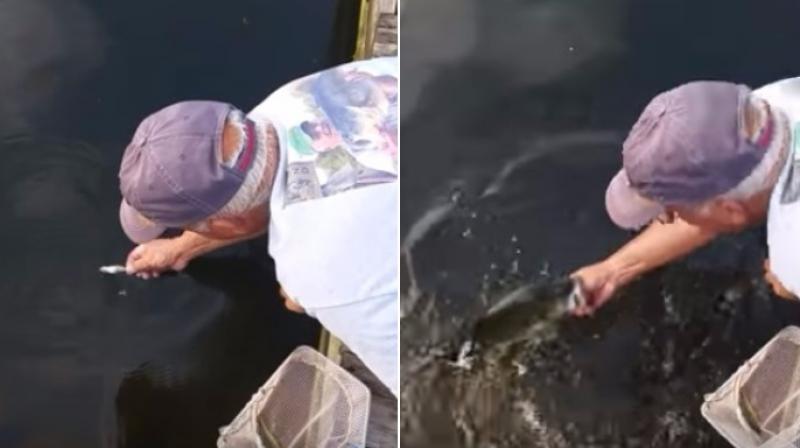 The viral video posted on Youtube by Robert Woodard himself has now got over one lakh views. (Photo: Youtube)

Fishing enthusiasts have their own techniques to catch fish and while most of them resort to fishing rods, there are some who just use their bare strength. Recently, a man in the US used his bare hands to catch a fish and most people can't believe it and the video has now gone viral.

According to a media report, Alabama local Robert Earl Woodard a fishing enthusiast uses an unconventional method to fish in the waters close to his house. He does not use a fishing rod and neither does he wait around all day for the fish. Robert directly baits the fish by using smaller fish as their feed and when they come to the surface he grabs them with his bare hands.

A recent video of Robert going about doing what he does best has surfaced on the Internet and people can’t believe their eyes when he does it without hesitating. The viral video posted on Youtube by Robert Woodard himself has now got over one lakh views.