Around four million of the approximately seven million people who die from air pollution-related diseases every year live in the Asia-Pacific region. 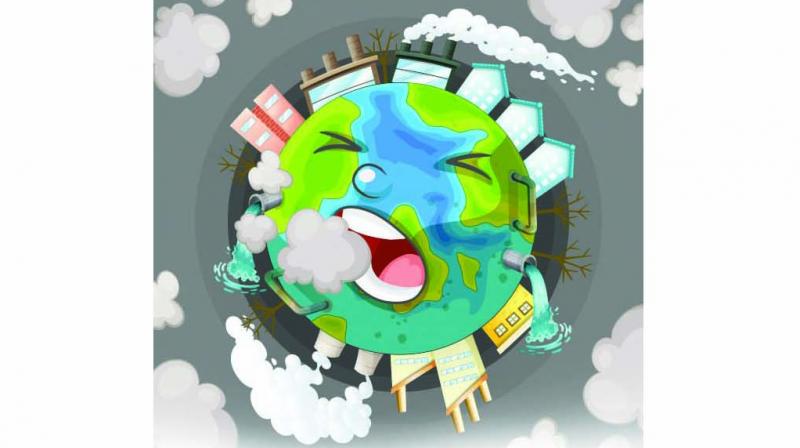 Drilling and digging take place night and day, with no practices or rules being followed to reduce suspended particle matter.

Today, even as we sit coughing in chock-o-block traffic jams  across Mumbai, environmentalists around the globe will mark World Environment Day, a day dedicated to creating awareness about the environment and the need for its protection. The theme selected this year by the United Nations Environment Programme is ‘air pollution’ and given our current struggle for clean air, it seems topical and necessary. An ominous warning on the program’s official website informs us that, “According to the World Health Organization, 97 percent of cities in low- and middle-income countries with more than 100,000 inhabitants do not meet the minimum air quality levels. Around four million of the approximately seven million people who die from air pollution-related diseases every year live in the Asia-Pacific region.”

If one wishes to zoom in on the problem of air pollution in Mumbai, a metropolis battling both congestion and overcrowding, a glance at the IQAir AirVisual and Greenpeace report of 2018 will inform you that Mumbai is the most toxic city in Maharashtra and the 71st most polluted city in the world. The report cites high levels of particulate matter (PM) 2.5 — a deadly pollutant that can affect lungs and cause serious health complications – in the city. Mumbai is also among the 17 cities mentioned in the Central Pollution Control Board's (CPCB) National Clean Air Programme (NCAP), which are in need of immediate, concentrated efforts to alleviate air pollution.

Bhagwan Kesbhat, Founder of Waatavaran Foundation, a social venture working towards improving the quality of air in the city and its surrounding areas, says that one of the prime causes for air pollution in Mumbai is the city’s crumbling public transport system. “The two most affordable and environmentally conscious ways of commuting in the city are via local trains or the Brihanmumbai Electric Supply and Transport Undertaking (BEST) bus services.

However, while local trains face delays and overcrowding, the BEST fleet too has drastically dwindled over the years. The uncontrollable sprawling of private transport systems has severely impacted air quality,” he says, while also ruing the fact that the BEST only has six electric, zero-emission buses, while the rest of its 3000 plus buses run on diesel or CNG.

The activist, who raises air pollution-related issues with governing bodies at the city and state level also marks rapid industrialisation, urbanisation and the concentration of oil refineries and fertiliser companies in the city as factors that dangerously impact air quality. “The Mahul pollution crises is one of the best and most important examples of how chemical waste from oil refineries, power stations, and fertiliser plants can affect people,” Bhagwan points out. He also highlights how rampant construction work undertaken for various Metro projects is further impacting the quality of the air we breathe. “Drilling and digging take place night and day, with no practices or rules being followed to reduce suspended particle matter. This is extremely toxic for the lungs and leads to a lot of respiratory problems,” avers Bhagwan.

When asked what he thinks can be done by individuals to improve the quality of the air they are breathing, the activist says, “People should actively patronise non-motorised transport systems, like walking and cycling. At the state level, policies should be put in place to encourage the sale and use of electric vehicles while the BMC should consider levying heavy toll prices on over 15-year old diesel vehicles in the city. If it can be done in London, why not in Mumbai!”