The Delhi government’s move of making public transport free for women has garnered some mixed feedback. 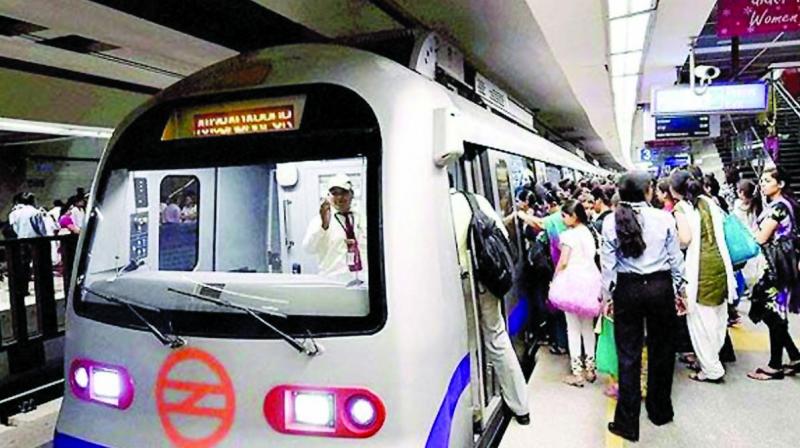 Delhi chief minister Arvind Kejriwal’s recent announcement of making DTC buses and Metro rides free for women has raised a storm on Twitter. The proposal comes just a few months of the scheduled Assembly elections and has surprised politicians and civilians alike. While women across the country have called it a regressive move that defies gender equality, men are backing the initiative.

Amidst the Twitterati, notable responders include Bollywood director Pritish Nandy and Shiv Sena leader Priyanka Chaturvedi. Reacting to the announcement, Pritish said it a wonderful initiative and asked if Mumbai can emulate the idea as well. However, Shiv Sena leader Priyanka Chaturvedi, known for her outspokenness for women rights, was not on the same page. “With all due respect, women in Delhi didn’t ask for a free pass to ride when they voted for Kejriwal ji, they had voted for the safe environment promised to them,” she wrote on Twitter in response to Pritish.

The former Congress spokesperson also raised questions about the chief minister’s previous promises for women’s safety in the national capital: “What happened to Arvind Kejriwal’s promise of ensuring CCTV cameras and Wi-Fi connections in DTC buses? Why isn’t he implementing that? These are questions that need to be asked to the man who has won the election with these populous measures,” says Chaturvedi who is among those who have been left unimpressed and annoyed at the government’s decisions. “I think it is very insulting for us to be regarded as a charity case,” says marketing professional Nidhi Chawla. “We need equal rights and wages, not free goodies to keep us happy,” she adds. “The government should be focusing on that right now rather than offering perks which aren’t required.”

However, some women have come forward to applaud the Delhi government’s new safety measure. For instance, IT professional Prachi Shrivastava is happy to save on her daily commute cost — almost 150 rupees for a one-way trip from Noida to Gurgaon. 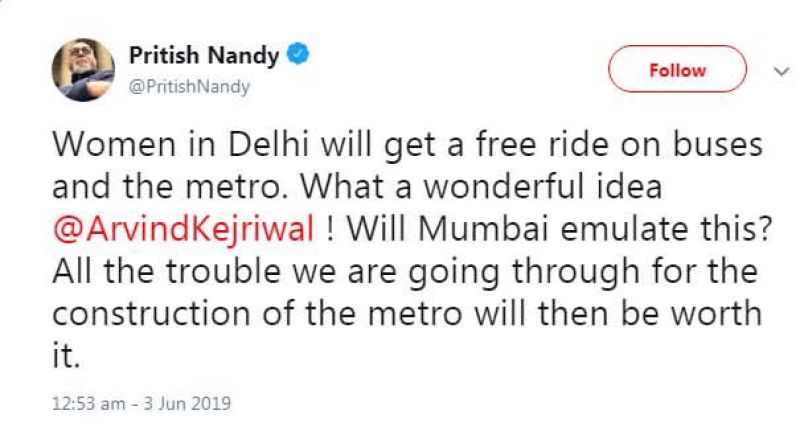 She also thinks that the move will encourage women to try and adapt to public transport instead of driving every day. “Although it is very unusual for everyone to believe that metro commute is free for women, I am quite happy with this announcement. Now with no metro fee, I will just have to spend the money on an auto rickshaw, which will help me save a considerable amount of money,” Prachi says.

Priyanka, on the other hand, finds that ditching private vehicles and hopping onto public transport doesn’t ensure women’s safety. According to her, these measures are just to help Kejriwal, who suffered a loss in the Lok Sabha elections, win in the upcoming Assembly polls. “What stops them from seeing women with respect and dignity? He knows that he lost the faith of the people of Delhi as far as safety and security is concerned, and now he is coming up with these ideas,” she avers. 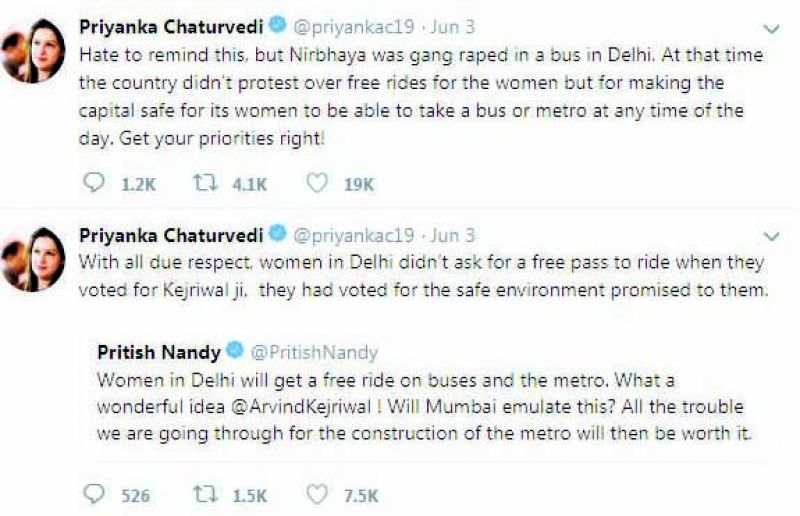 In rebuttal, Pritish says that people who are against the move are part of a patriarchal society who are constantly trying to keep women inside homes. “This move opens window (sic) for women coming from marginal backgrounds. If we want gender equality, then these kind of steps are paramount to it,” the director says.

Pritish also said that the move enables freedom to choose public transport. “It provides liberty to a lot of women of different classes,” says the director.

Meanwhile, Shikha Singh, a creative writer, thinks that Pritish’s request on Twitter for the Mumbai Metro to be made free for women is not necessary. “It should not be on the basis of gender but on the basis of financial status. It will create disparity among men that women are getting free rides, which is regressive,” says Shikha, insisting that women getting a separate train altogether may help in assuring security. 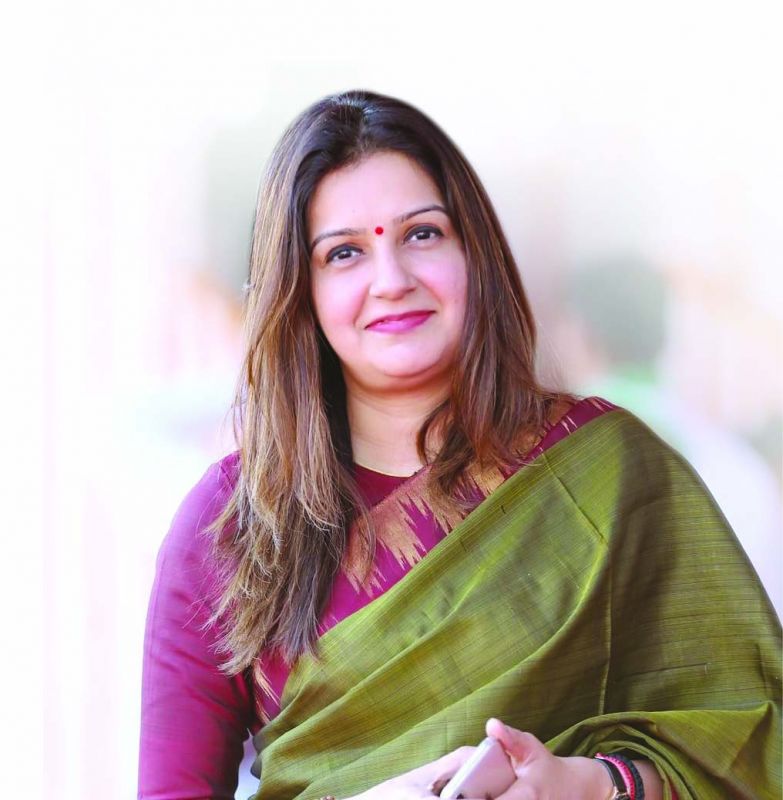 Priyanka is in agreement; saying that women in Mumbai don’t get free rides but they do get safe rides. “Women in Mumbai feel safer because of the implementation of law and order is a serious business here. And perks like free transportations aren’t needed,” she claims.

Amid the ongoing debate, some have also been left confused by the Kejriwal government’s correlation of the free ride and safety. “I am not sure how the CM will manage to make commute free for all ladies. The women’s coach is overcrowded at peak hours. If we will make it free for all, the number of ladies will simply double up and it will be a nightmare for the authorities to control the crowd,” says Nidhi. 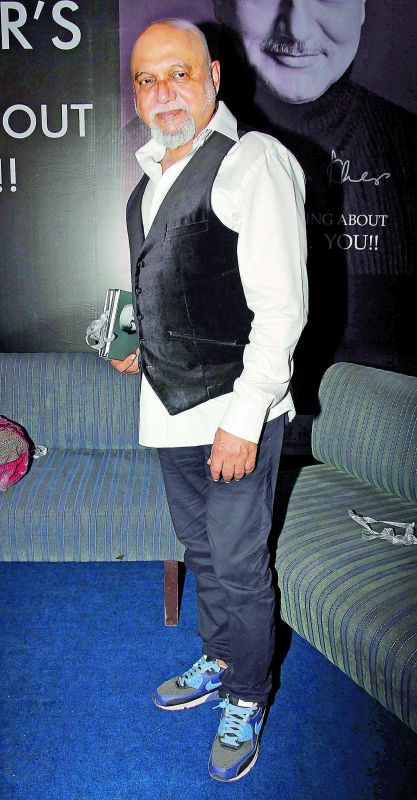 However, Pritish insists that we need to appreciate the move. And as far as safety is concerned, the director says that the Kejriwal government is not allowed to use the police force, which is apparently under the Centre’s command. “If he is allowed to use the police force, then he will assure to enable safety for women. But with this move, he has at least initiated a move for the benefit of women,” he says.