Jiwandeep Kohli, a Sikh man from California kicked off Pride Month in a unique way. 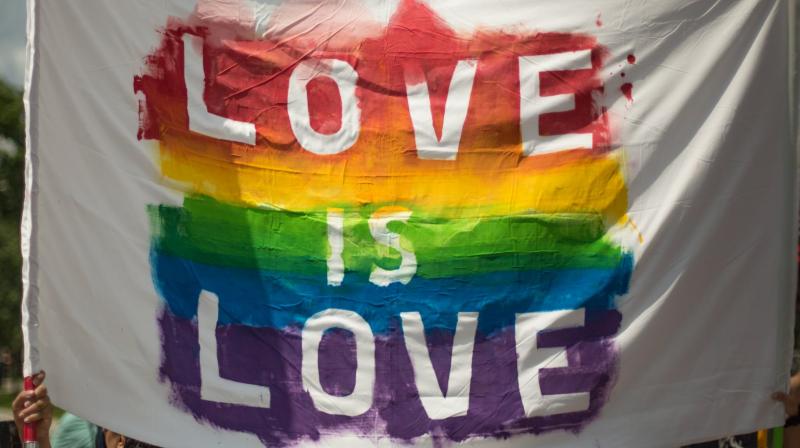 Pride Month is celebrated every year in the month of June to recognise the impact LGBT people have had in the world. (Photo: Representational/Pexels)

Virat Kohli maybe grabbing the headlines in India, but another Kohli is making news in the US this Pride Month. Jiwandeep Kohli, a Sikh man living San Diego, California tweeted a picture of himself wearing a ‘rainbow turban’ on June 1, to kick off Pride Month.

“I’m proud to be a bisexual bearded baking brain scientist. I feel fortunate to able to express all these aspects of my identity, and will continue to work towards the same freedom for others,” Kohli tweeted along with a picture of himself in a rainbow coloured turban.

I’m proud to be a bisexual bearded baking brain scientist. I feel fortunate to be able to express all these aspects of my identity, and will continue to work toward ensuring the same freedom for others. #PrideMonth #PrideTurban #LoveIsLove pic.twitter.com/SVhc0iwDF0

His tweet went viral and amassed over 15 thousand retweets in three days. He got an immense amount of love and respect for his tweet from netizens. “A few years ago I saw a photo of another Sikh man at a pride parade who had a few colours in his turban,” said Kohli. “I was looking at that, and I realised the way I tie mine it had the exact right number of layers to make a rainbow,” he explained.

You've got a lot to be proud of, Jiwandeep. Thanks for everything you do to make this country a little more equal. Turban looks great, by the way. Happy Pride Month, everybody! https://t.co/SO7mgnOkgl

In response to Obama’s tweet, Kohli replied “I’m a fairly verbose person, but today I am lost for words. Thank you for your support and the complement, Mr. Obama. If I can ever repay them with pastries, please let me know!”

Kohli received a lot of praise as well as questions regarding his 'rainbow turban'. A few asked him how he tied his turban in that way. He happily obliged with the answer. “I supplemented one of my normal black turbans with coloured strips placed exactly in the right places. Took about an hour of tying, untying and safety pinning, but totally worth it,” Kohli tweeted.

He said that he wouldn’t want people to assume that the turban is just another accessory for him. A turban, to Kohli, is a sign to the world that you’re a person the world can turn to for help.

Jiwandeep Kohli describes himself as neuroscientist, clinical psychologist in training and an amateur pastry chef in his Twitter bio. He is passionate about baking and has also taken part in ‘The Great American Baking Show’.