Picture of lady and gorilla looking at video goes viral

Image posted on twitter has crossed a thousand likes showing tender moment between woman and ape. 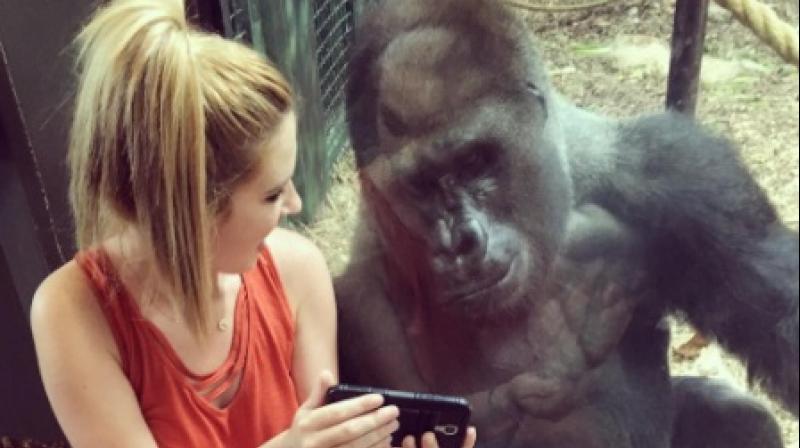 Lindsey and the gorilla watching videos together (Photo: Youtube)

You thought only us humans liked baby animal videos? Think again. Apparently this gorilla at a US zoo loves the same as well!

It turns out that this picture of a gorilla at the Louisville Zoo in Kentucky staring adorably at a phone screen while watching videos of baby gorillas with the woman has left the internet all mushy.

Lindsay Costello, who shared the picture on her twitter account was seen having written, “My new friend and I enjoy watching videos of baby gorillas!”

Other Twitter users were soon seen commenting about how beautiful the picture was.

One darrendude1984 tweeted, “This really warmed my heart today. Thank you for sharing!” While others too tweeted their praise, it seemed that the gorilla was not the only reason for all the attention. Twitter user sethseasong wrote, “Did anybody tell you that you have great looking legs sry LOL”

While the reasons behind the photo having crossed a 1000 likes may be debatable, it does make for a really cute picture

Check out the picture below