After stepping down from his position as Congress President on Wednesday, RaGa was spotted watching the film. 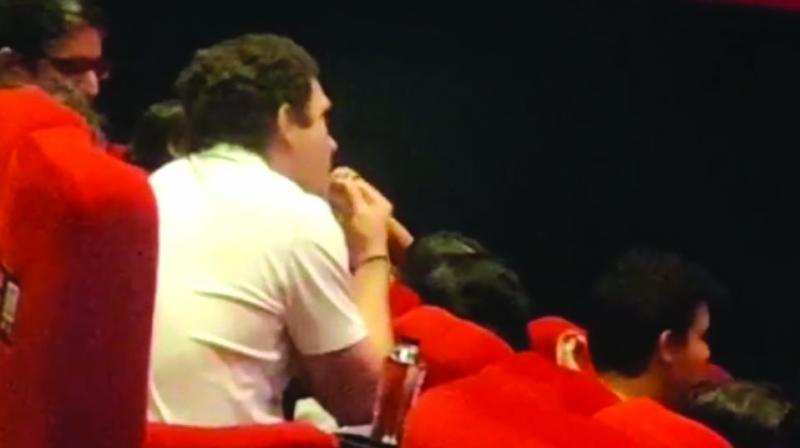 On the same he submitted his resignation as Congress President, Rahul Gandhi went to a multiplex to watch Ayushmann Khurrana starrer Article 15 on Wednesday.

On the same he submitted his resignation as Congress President, Rahul Gandhi went to a multiplex to watch Ayushmann Khurrana starrer Article 15 on Wednesday.

The video (see pic) of the Congress leader watching the movie at PVR: ECX Chanakyapuri in Delhi went viral on social media.

In the video, Rahul can be seen enjoying the investigative cop drama, with popcorn, while wearing a white shirt.

On Wednesday, Rahul Gandhi posted his four-page resignation letter on Twitter, taking the blame for the disastrous defeat in 2019 Lok Sabha elections.

Article 15 released on 28th June and the trailer of the film has already gripped the nation with its catchphrase, ‘Ab farq laayenge’.