The claim made by Egyptian student Mahmoud Sarhan was strongly denied by the zoo authorities. 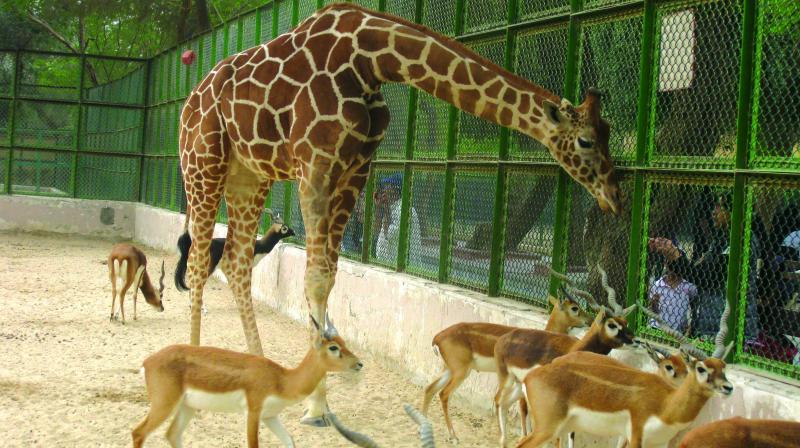 Zoos have often come under fire for unethical practices. So is it time to do away with them?

Zoos have always been subject to controversy. Recently, a zoo in Cairo, Egypt, was accused of exhibiting donkeys as zebras by painting black and white stripes on them.

The claim made by Egyptian student Mahmoud Sarhan was strongly denied by the zoo authorities. However, many experts favoured the student’s claim. This is just the latest in a long list of incidents that have questioned the unethical practices zoos indulge in. This is why it’s important to discuss the need for zoos.

What is their relevance? Do these benefit the animals (who are kept away from their natural habitat)? Do we even need zoos?

Give animals Their right
It’s high time we eliminate the concept of a zoo. The World Health Organisation of Animal Health, of which India is a member, has given internationally accepted five freedoms to animals. A zoo denies them all, especially the freedom to express normal patterns of behaviour. Hence, we should create a space where animals can roam around freely. In this digital era, there are many ways to explain to children about animals. A zoo is not needed for that. For instance, instead of dissecting frogs and cockroaches, now we have 3D narrations. What we need to teach children is animal welfare. That could be done through a 3D system. Also, when you take your child to a zoo, the basic concept that the child gets is that animals are to entertain humans, for their visual delight. The concept of a zoo will only make children cruel. Give animals their right.
M.N. Jayachandran, Member of Kerala State Animal Welfare Board

We need sanctuaries
It was hysterical to read that Egypt is painting not only its roads with zebra crossings but even its donkeys. On a serious no te, capturing thes e nature's companions not only impacts their well-being but even the king of the jungle dies an anonymous death rotting in a 10*10 cage. We must encourage more and more sanctuaries to educate and provide experiences on wildlife in their original habitat, rather than in these cages. After all, ‘Every living being is born to live free’.
Viren Sharma, Animal Lover

Not just showpieces
It’s similar to being given a bed of gold and asked to sleep on it all your life, which is not possible. Similarly, it's not right to keep animals in zoos as they are used to living in an open environment. When you put restrictions on them, you are actually exploiting them. We have to be sensitive towards them as they are just not for our entertainment. If you keep them in zoos for educational purposes, you have to feed them and look after them. They aren't just showpieces.
Sangram Singh, Wrestler

Man-protected jungles needed
Nature disseminates freedom and balance together. Wild animals are integral parts of nature. Maintaining them in environments close to natural conditions is a requirement. A zoo is not a strong solution but creating a man-protected jungle can be the need of the hour or at least something close to that.
Dr Pawan Kumar, Veterinarian

Animal rights are important
Zoos are relevant as far as educational purposes are concerned. But people visit zoos only to irritate and abuse the animals. They throw garbage at the animals, forcefully enter their enclosures, this is unjustifiable. I absolutely condemn such behaviour. With this kind of attitude, people are breaking the Animal Rights Act and the government needs to take action. The Uttarakhand court even declared that animals should be given the right to live just as humans and be treated equally!
Jaideep Kumar, Animal Activist

Zoos are conserving wildlife
The animals that are generally exhibited in Indian zoos are mostly born in captivity, thus they are adapted to that environment. In most cases, they are the ones that are not fit to survive in their own natural habitat due to their adaptation to the captive environment or some health hazards. In India, animals are seldom captured from the wild for exhibiting in the zoo. Zoos play a key role in the conservation of the animals that face a serious threat of existence in the wild. Some of these are rescued for conservation purposes, to protect their genes from depletion. Zoos are doing a great job at conserving these endangered animals. Indian zoos follow a lot of rules and regulations laid in the legislation and are regularly monitored by the Central Zoo Authority. Animal safety and their well-being are given the top-most priority.
Sudha Ramen, IFS, Deputy Director of Arignar Anna Zoological Park