The video of a monkey goes viral on the internet. 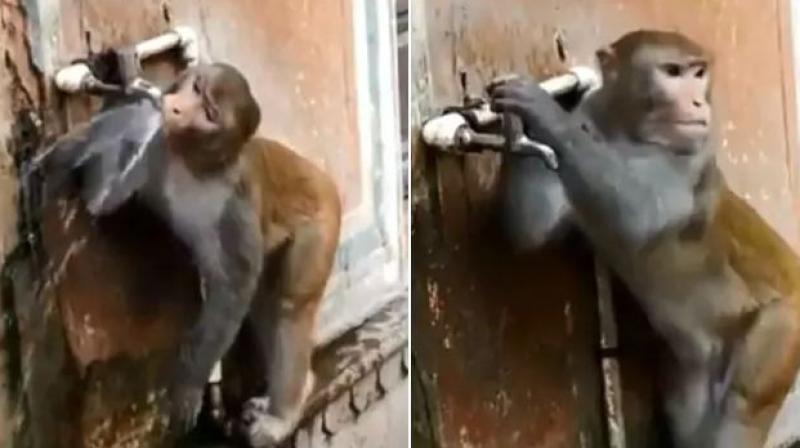 In the video, you can see a monkey drinking water from a tap and then turning the tap off. (Photo: Screengrab)

A video of a monkey conserving water went viral on the internet. In the video, you can see a monkey drinking water from a tap and then turning the tap off. What is remarkable is that the monkey made a conscious effort to turn the tap off.

This video has impressed social media users to no end. The video was originally posted in TikTok and it was shared on Twitter by former Chief Election Commissioner Dr S Y Quraishi. "What a beautiful message for humans!" he captioned the 11-second clip.

What a beautiful message for humans! pic.twitter.com/wTgK4b9uGF

Here are the reactions by the Twitterati:

Even monkeys have learned conservation!

If only humans could have been as intelligent as monkeys