Tomb of 'Santa Claus' discovered by archaeologists in Turkey

Researchers discover an intact temple underneath the Saint Nicholas Church in the Demre district. 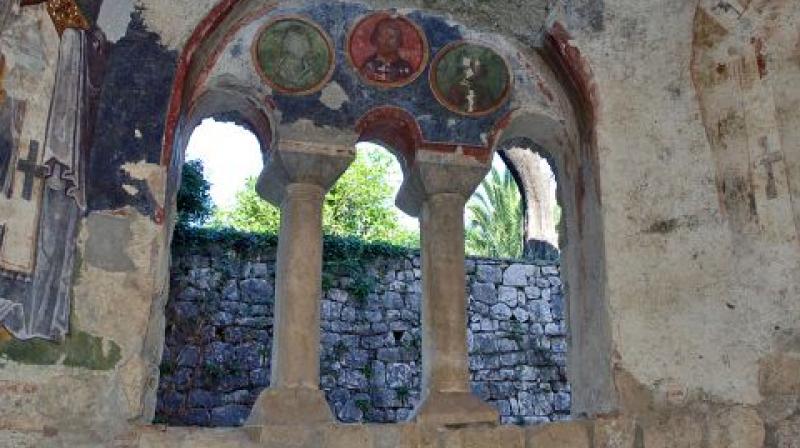 Researchers unearthed an intact temple underneath the Saint Nicholas Church in the Demre district. (Photo: AP)

London: Archaeologists claim to have discovered the tomb of Saint Nicholas - whose habit of secret gift-giving gave rise to the legend of Santa Claus - beneath the ruins of a church in Turkey.

Researchers unearthed an intact temple underneath the Saint Nicholas Church in the Demre district.

A special section was found in the temple during scientific and technological works, with speculations that the tomb may be buried there.

Researchers came across an untouched shrine while conducting digital surveys below the surface of the church, said Cemil Karabayram, Antalya Director of Surveying and Monuments in Turkey.

Scientific and technological studies had revealed the existence of an intact tomb under the church, researchers said.

"We believe this shrine has not been damaged at all, but it is quite difficult to get to it as there are mosaics on the floor" Karabayram told 'Hurriyet Daily News'.

Till now it was believed that the bones of St Nicholas were in Italy, researchers said.

"We studied all of the documents from between 1942 and 1966. There were some notes there. According to these notes, this church was demolished and rebuilt.

"During the reconstruction, traders in Bari took the bones. But it is said that these bones did not belong to St Nicholas but to another priest," Karabayram said.

Researchers have been working for three months and a CT scan, a geo-radar and eight academics have been brought in for the excavation work at the last stage.

"The world's eyes will be set on here. We claim that St Nicholas has been kept in this temple without any damage. We are at the last stage," Karabayram said.