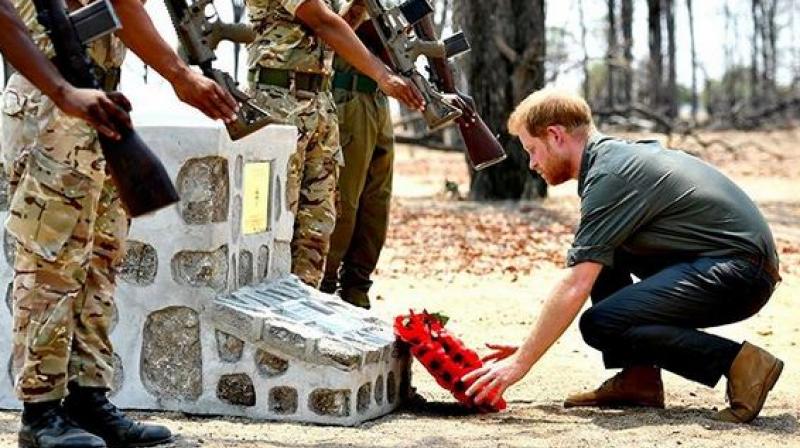 Striking a personal note, he said visiting Africa over the years had helped him come to terms with the death of Diana, who died in a car crash in Paris in 1997 at the age of 36. (Photo: Instagram)

Johannesburg: Prince Harry said that Africa’s embrace had helped him cope with the death of his mother, Princess Diana, as he and his wife Meghan championed job creation and entrepreneurship on the continent on the final day of their 10-day tour.

In a speech in Johannesburg on Wednesday, he made no reference to a lawsuit the couple filed against a British newspaper that cast a shadow over the end of their trip.

In a statement accompanying that announcement late on Tuesday, Harry accused some British tabloids of “bullying” and compared the treatment he said his wife had endured to that of Diana, one of the most photographed women on the planet.

With Meghan by his side, the prince, sixth in line to the British throne, told an audience of young entrepreneurs that he drew inspiration from Africans’ generosity and resilience.

“You are the changemakers, you are helping to grow your country’s prosperity by lifting those around you and offering a better future,” he said, to cheers.

Striking a personal note, he said visiting Africa over the years had helped him come to terms with the death of Diana, who died in a car crash in Paris in 1997 at the age of 36.

“Ever since I came to this continent as a young boy, trying to cope with something I can never possibly describe, Africa has held me in an embrace that I will never forget, and I feel incredibly fortunate for that,” he said.