Much has already been written about him and many of the images captured by dance photographer Avinash Pasricha have become iconic. 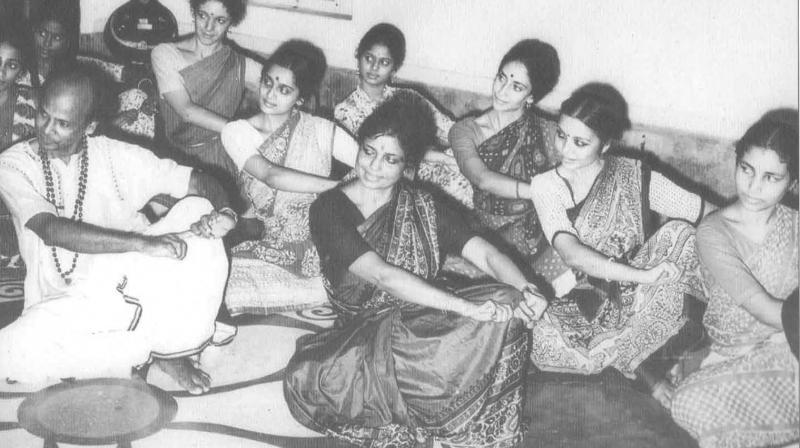 There are books on dance for passionate aficionados and students of dance as well as for those simply with broad interests. Dancing into Eternity —Guru Kelucharan Mohapatra is meant for anyone across this spectrum. As one of the major figures in the field of classical Indian dance spanning two centuries, he not only taught Odissi to hundreds of disciples as the preeminent architect of contemporary Odissi but left an indelible impression etched in the memories of every audience member fortunate enough to have been present for a live performance.

Much has already been written about him and many of the images captured by dance photographer Avinash Pasricha have become iconic. Yet this book, with a light touch, goes both deeper and wider, drawing on the impressive personal archives of Srjan (created by the guru himself along his son Ratikant) supplemented with those of others.

Conceptualized, compiled and published by Guru Ratikant Mohapatra, it uses photographs and few words to reveal the multifaceted life and work of his father. The words are primarily concise reflections penned by those whose lives were impacted by knowing, learning from, collaborating and simply meeting the illustrious, yet humble, Kelubabu. 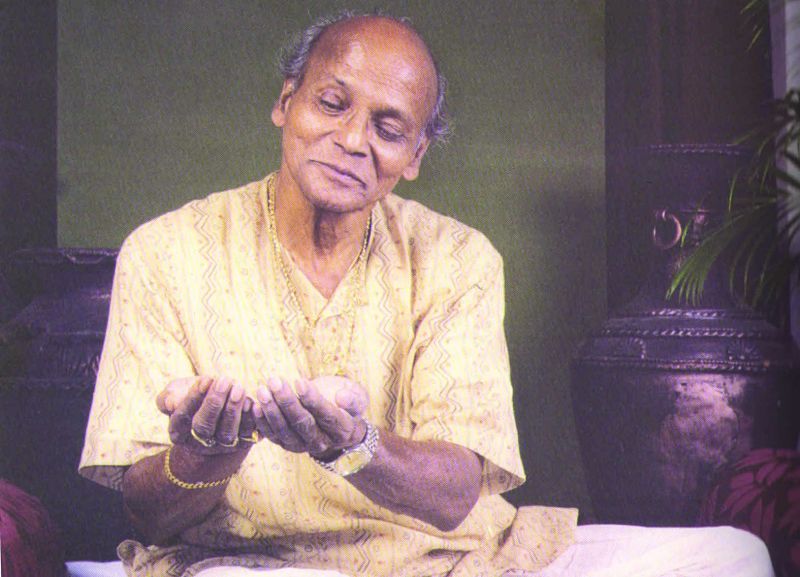 It’s difficult to decide whether to focus on these easy to read vignettes that capture the magic of this artist or the beautifully curated photographs that fill the majority of the pages. Dr. Vyjayanthimala Bali’s succinct writing on “A Brief Time with Greatness” is as lovely of the image of them together, similarly Pt Hariprasad Chaurasia’s “Indelible Memories”.

Elegantly designed by Debiprasad Mishra, we are first introduced to the guru at leisure – in front of the computer, playing solitaire (with real cards in those days!), gardening, playing piano and of course, preparing paan in his inimitable way. 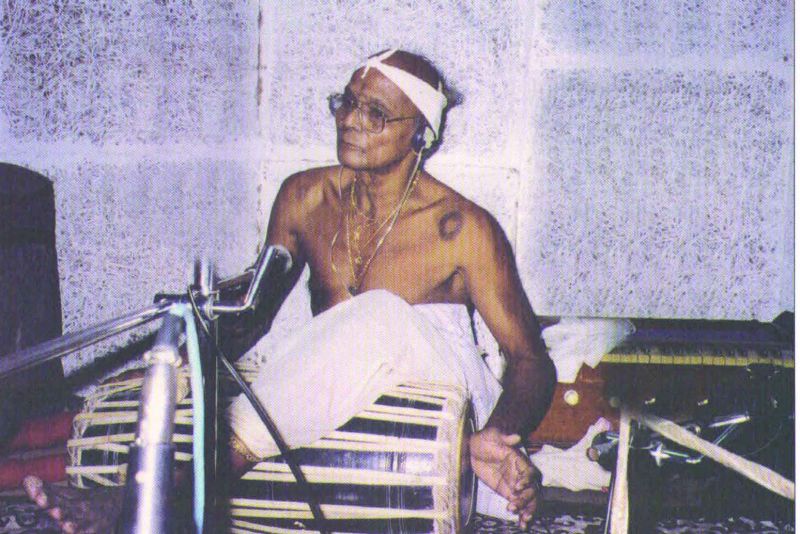 Photographs of classrooms, rehearsals and private moments with his disciples over many decades bring back treasured moments for those of us who were there and provide a window to others of the behind-the-scenes process of creating the art and artists.

Only Ratikant would have the documentation and memory to name all the seminal figures interwoven in the history of the 20th century Odissi dance revival. From the young Guruji with Sanjukta and Raghunath Panigrahi meeting with Prime Minister Indira Gandhi in the 1960s through historic photographs with stalwarts like theatre scholar Dhiren Das, Kala Vikash Kendra’s Babulal Joshi and the students trained in the 1970s, we follow the odyssey of Odissi with this legendary performing artist and teacher from the days before it was acknowledged as classical to its being celebrated around the globe.

A visual chapter simply called “Guruji’s multifarious activities” has a delightful picture showing him, bare-chested, using a handkerchief to fasten improvised headphones to his head, with one leg slung over his mardala to steady it, during a Geeta Govinda audio studio recording. Other rare glimpses reveal him churning buttermilk for students, doing his own masonry and behind the movie camera lens. His fascination with technology was as finely tuned as his aesthetics; he could edit a music recording on cassette with no need to splice tape with impeccable timing of when to release the tabs.

Each photographic section is a brief précis touching on the range of aspects of his multifaceted life and work; just enough to cover the subject and short enough to hold interest of all. Editing credit for this balance goes to Aditya Mohapatra assisted by Maya Krishnamurty.  In fact, an element of justifiable pride for Srjan is that this elegantly produced publication was entirely done in Odisha with even the Bhubaneswar printer enthusiastically involved, according to Ratikant Mohapatra.

There are many opinions on who should be called a guru as well as whether the guru-shishya parampara tradition is alive or vanishing in the world of dance. Every teacher is not a guru, i.e. a master-teacher who generously mentors his or her disciples. Guru Kelucharan Mohapatra is acknowledged and celebrated as a guru in every sense of the word. He contributed to the lives of each disciple with guidance in being a good human being along with training in the art and craft giving a vision to carry on our dance lives and life journeys.

For the many thousands who had the good fortune to see him in a performance, forever etched in memory, this endearing view of Guruji will be a delight. For students of dance and general rasikas who missed seeing this dance genius in person, this book will be window to discover a jewel of India’s intangible cultural heritage.

Sharon Lowen is a respected exponent of Odissi, Manipuri and Mayurbhanj and Seraikella Chau whose four-decade career in India was preceded by 17 years of modern dance and ballet in the US and an MA in dance from the University of Michigan. She can be contected at sharonlowen.workshop@gmail.com